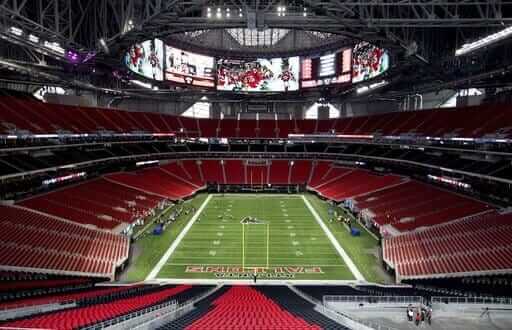 The most impressive sports stadiums in the United States are in the NFL, and there’s no doubt about that.

If there’s one thing the NFL stands out for, it’s the ostentatious architecture and the fact that every team plays its home games in stadiums that are more impressive than the last one. Although some have not been inaugurated long ago and others have only undergone renovations, the truth is that there is no venue that leaves something to be desired.

With nothing more to add, what are the most impressive NFL stadiums?

This field is home to the Atlanta Falcons of the NFL and Atlanta United of the MLS. It opened to the public in September 2017 and hosted Super Bowl LIII, in which the New England Patriots defeated the Los Angeles Rams 13-3. It is located in Atlanta, Georgia and seats 71,000 spectators. It has a retractable roof capable of opening and closing in eight minutes, this innovation was made to prevent bad weather from forcing the suspension of events.

Construction is estimated to have cost US$1.6 billion. In addition to the Super Bowl, it has hosted events such as the Peach Bowl, MLS Cup Final, CONCACAF Champions League and CONCACAF Gold Cup.

Another of the NFL’s most impressive stadiums is in Florida, as Hard Rock Stadium, the home field of the Miami Dolphins since 1987, has reached new heights in recent years even though it was called Joe Robbie Stadium until 1996. It was renamed Hard Rock Stadium in 2017, making it the seventh name change it has undergone. It was also home to the Florida Marlins from 1993 to 2011, from 2008 to the present the Miami Hurricanes also have it as their home.

It has hosted six Super Bowls, in editions: XXIII, XXIX, XXXIII, XXXIII, XLI, XLIV and LIV, and other sporting events outside of American soccer such as Orange Bowl, WrestleMania, America’s Cup and the Miami Open tennis tournament. It has a capacity of 75,540 spectators.

When it comes to the most impressive stadiums, don’t forget AT&T Stadium. The Dallas Cowboys have played their home games here since the 2009 season. It is located in Arlington, Texas and has a capacity for 80,000 attendees, although it can be expanded to 94,000 spectators. The project cost US$1.15 billion, making it one of the most expensive stadiums built at the time.

Its main feature is that it has the world’s largest high-definition screen in a stadium. It has hosted concerts and sporting events, including Super Bowl XLV, Concacaf Gold Cup and Wrestlelmania 32, the latter of which registered a WWE attendance record of 101,763 people.

This stadium is located in Paradise, Nevada and is home to the NFL’s Las Vegas Raiders. It is one of the most recently created in the NFL as it was inaugurated in 2020. Its capacity is for 65,000 spectators, with the possibility of expanding to 72,000, and its construction cost US$2 billion.

It has a modern design, with dark glass on the exterior, as well as a retractable and semi-translucent roof. It is named after low-cost carrier Allegiant Air after it was announced that an agreement was reached between the Raiders and that company in August 2019. It hosted the 2021 Gold Cup final between the United States and Mexico on August 1. The victory went to the U.S. team by a score of 1-0. 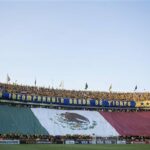 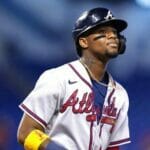