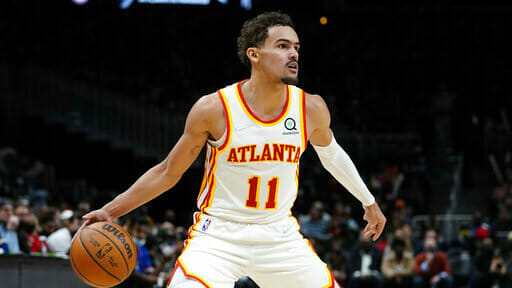 While LeBron James and Kevin Durant continue to wreak havoc on elite basketball today, both will almost certainly have entered retirement in 10 years, and it’s the league’s newest talent who will have the world in their hands. And fortunately, we can see today that the players who will be the face of the NBA in about 5 to 8 years have an excellent level today, and the sky is just the limit for some of them.

On this list we present the best players under 25 years of age currently in North American basketball.

Arriving at the Western Conference franchise as the centerpiece of Paul George’s trade to the Los Angeles Clippers, the shooting guard has only grown since then. The 23-year-old guard is one of the most skilled players when it comes to being the centerpiece of a complete offense, averaging 23.7 points, 5.9 assists in the 2020-2021 season.

Being on one of the weakest teams in the entire league, Shai continues to maintain his numbers while growing as a vital part of the Thunder organization.

He was the second overall pick in the 2019 draft, and he has continued to improve in every aspect of his game over the years. At just 22 years old, he is already the leader of a Memphis squad loaded with young talent, which has not been weighed down by the fact that he has already been in the postseason last season with a more than starring role.

In this 2021-2022 edition of the NBA, the point guard is seeing career-best numbers in points, rebounds, steals and field goal percentage.

26.4 points, 7.4 rebounds, 4.3 assists and 1.2 steals per game were the 23-year-old (at the time) forward’s averages during the 2020-2021 campaign, numbers worthy of a total superstar. And the Eastern Conference franchise has put its full confidence in Tatum to be the team’s leader for the next few years alongside Jaylen Brown.

Tatum is one of the most reliable players at such a young age, possessing the style of play of a veteran with a 10+ year track record in the body of an elite athlete who is just beginning his NBA journey.

Even with the criticism about his style of game, Trae Young has shut many mouths and critics not only inside Madison Square Garden, but all around the league.

Leading the Hawks to an unexpected conference final where they put up a great fight against the reigning champions, the Milwaukee Bucks, the 23-year-old point guard was the big man throughout the campaign for the Atlanta franchise, averaging 25.3 points, 9.4 assists, 3.9 rebounds and 2.2 three-pointers per game.

One of the most common criticisms of the point guard’s career has been his use of foul manipulation to his advantage, and despite an early-season rule change against fouls on shooting motions, Young is averaging a higher number of points than last season, proving there is no cheating in his performance and proving he is an offensive weapon capable of leading his team to the top.

In his fourth year in the NBA, the only question mark so far surrounding the 23-year-old Serbian is whether his team will ever be good enough to help him succeed in the postseason. From his individual performance, there’s not much to say: he’s on his way to being one of the most dominant players in NBA history.

Averaging for the 2020-2021 campaign 27.7 points, 8 rebounds, 8.6 assists and 1 steal in 66 games played, and nearly eliminating the Los Angeles Clippers in the postseason single-handedly, the shooting guard is destined to go down in history no matter which direction he decides to take.

The Mavs have had trouble putting together a team that can best complement Doncic and provide him with support when facing teams with much more complete squads, and this will be the question from now on: Will the Dallas be able to find a formula to raise Luka’s level to the maximum or will he have to look for another franchise where he can truly succeed? 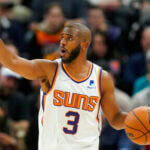