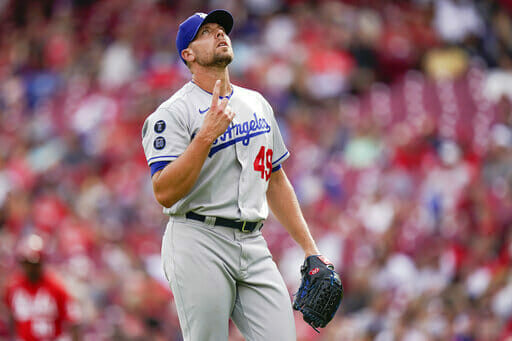 The Ciudad Obregón native improved after an up-and-down 2020 campaign and was the Cardinals’ most reliable arm all year once again.

After being nearly impossible to hit in 2020, Williams dropped his performance to more mortal levels but remained one of the most solid relievers in the majors. In a year where injuries hampered a considerable portion of his campaign (including a broken hand during the postseason), the 27-year-old right-hander was once again a key player in the Brewers’ success.

The 31-year-old right-hander completed the best season of his career in the latest edition of MLB, and along with Jake McGee, was a deadly duo to lead the Giants to the best record in the majors with 107 wins. In 81 innings pitched, he maintained a 2.22 ERA, accumulating 17 saves, 30 holds, 55 strikeouts, 13 walks allowed and a WHIP of 1.07, adding a 7-win mark for the year.

Rogers will enter 2022 as one of the most dominant arms in the NL West division, and San Francisco will put significant weight on him to lead its bullpen once again.

Not only was he an unhittable arm during the World Series (3.2 innings allowing just one hit, no runs), but the Braves right-hander also starred in a tremendous individual campaign during the MLB regular season.

Through 63.2 innings pitched, Jackson had an ERA of 1.98, combined with 70 strikeouts, and 31 holds (second highest mark in the league) with a WHIP of 1.16. While his numbers are not technically spectacular or with large accumulations of fanned, Luke’s performance was key to Atlanta’s bullpen becoming the most effective set of relievers in the 2021 postseason.

The veteran will be looking to repeat an excellent year in 2022, trying to defend the title or even achieve a double championship, continuing his impeccable work as a reliever.

The 33-year-old right-hander managed to bounce back from an inconsistent 2020 campaign and put up not only a flawless performance for the Dodgers throughout the year, but he also added good feelings for a repeat in 2022.

Finishing with a 1.99 ERA and leading the majors in holds with 33, earning 7 saves, 85 strikeouts and a WHIP of 0.98 during his 72.1 innings in 2021, and averaging 10.58 strikeouts per 9 innings and a batting average against him of .179, there is no reason to continue to not recognize Blake’s performance.

The veteran will continue to stand for the 9th season of his career as a mainstay within the bullpen for Dave Roberts’ team. 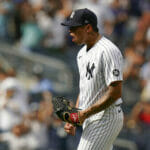 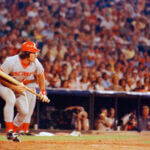