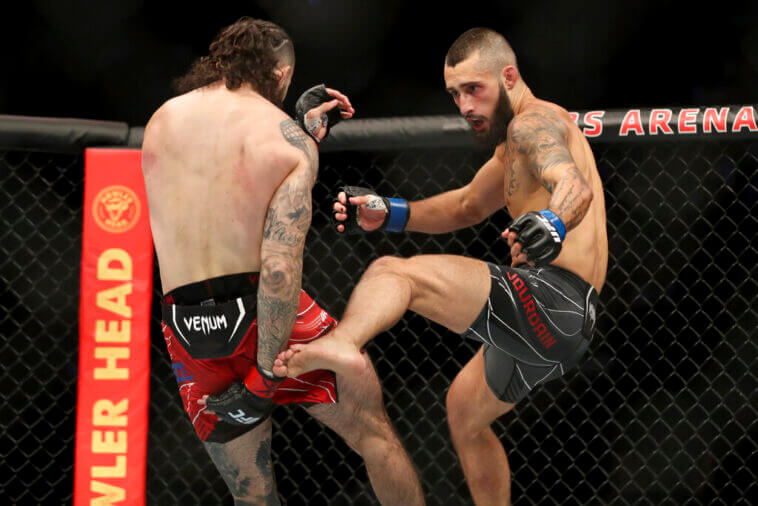 Betting Preview for UFC Fight Night Featuring Charles Jourdain vs Nathaniel Wood on September 3 This clash belongs to the billboard of the star fights, with both fighters representing the featherweight category (65 kg).

The Canadian fighter is about to step into the cage for the third time this year, and so far in his two fights he has one win and one loss. As for the English fighter, this fight will be his second this year, and he comes from a victory in his last performance.

Ahead of the fight between Charles Jourdain vs Nathaniel Wood, at JefeBet we invite you to review the predictions, picks and odds, as well as information on how both come to the UFC in Paris.

Charles Jourdain has held 19 fights as a mixed martial arts professional, and has a record of 13-5-1. Of his 13 victories, eight were by KO and four by submission, while only one was by unanimous decision.

The Canadian, who appeared in the octagon in 2022 with a submission victory over Lando Vannata, lost his most recent fight against Shane Burgos last July 16, by majority decision, so here he will try to erase that bitter pill.

He has fought nine times at UFC Fight Night events, and that’s where he has suffered the most wins with four, three by decision and one by submission.

Nathaniel Wood is three years older than his opponent and not only that, but he also has more fights in his history, making him the most experienced fighter of the two. He has a record of 23 fights as a professional, with 18 wins, and five losses. Fifty percent of his victories were by KO, while five were by submission and the other four by unanimous decision.

This past July 23 marked his return to the octagon after a year and nine months of absence, and he did so with a unanimous decision victory over Charles Rosa. The English fighter has only lost two of his seven fights in UFC events, and of the five fights he records in that period, three were by submission.

Although Wood is the one with the experience, Charles Jourdain is the pre-fight favorite, his height being one of his advantages. 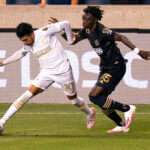 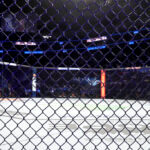