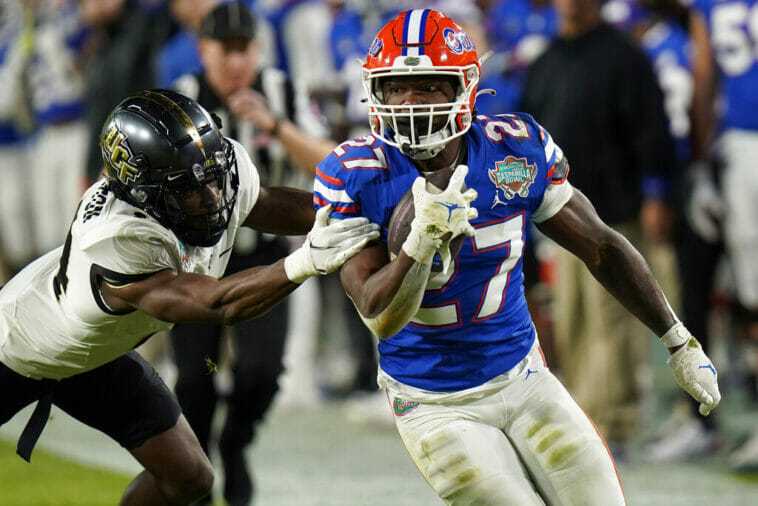 Florida Gators running back Dameon Pierce (27) gets away from Central Florida defensive back Corey Thornton on a run during the first half of the Gasparilla Bowl NCAA college football game Thursday, Dec. 23, 2021, in Tampa, Fla. (AP Photo/Chris O'Meara)
TwitterFacebookLinkedInRedditWhatsApp

One of the last games that we will be able to enjoy during the Saturday action of college football in Week 1 of the NCAA will be Utah Utes vs Florida Gators,which looks rather uneven on paper, as it pits two teams that had different realities in the 2021 season against each other.

If you are looking for information regarding this match, you came to the right place at JefeBet, as below we bring you the odds, analysis, and predictions for this match. You can also find the predictions and betting previews for many other NCAA matches in our portal.

The Utah Utes begin this NCAA season dreaming of repeating what they did in the previous campaign: they finished as PAC 12 champions with a 10-4 overall record, although the year was marred by a Rose Bowl loss to Ohio State by a mere 45-48.

Much of their success was based on their offensive unit, which finished as the 14th best in all college football with an average of 36.1 points per game, and scored 35 or more points in their last seven games of the 2021 campaign. So, they will be hoping that their quarterback Cameron Rising, who is expected to have his second full season with the team, maintains the level of performance that saw him throw 20 touchdown passes last year.

The Florida Gators, unlike their opponents, could not even break into the top half of the Southeastern Conference East Division standings, as they finished their campaign with a 6-7 record that saw Dan Mullen step down as head coach.

His replacement will be Billy Napier, and there is a lot of expectation of what he can do with this team after they had an excellent record with Louisiana between 2018 and 2021, which saw him win 40 games out of a possible 52. In addition, Napier brought several players with him to Florida who were under him in Louisiana, but it remains to be seen how quickly he will be able to fit the pieces together.

The spread for this matchup shows it could be a pretty even one, as, although Utah was last year’s champion, they are favored to win by just three points. So finding themselves as an underdog might not be a good thing for Florida, which was one of the worst teams to start a game with that tag in NCAA 2021. (3-10).

However, what we can expect is an entertaining game like the ones Utah got used to last season, and Florida will have all the motivation to go out and fight toe to toe when playing home and with a new head coach. 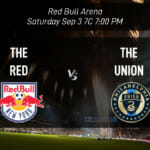