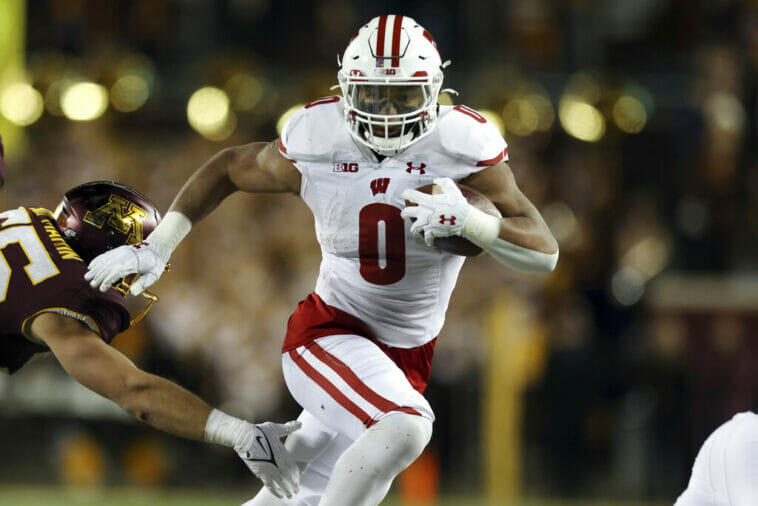 FILE - Wisconsin running back Braelon Allen (0) carries the ball during the second half of an NCAA college football game against Minnesota, Saturday, Nov. 27, 2021, in Minneapolis. Braelon Allen believes he can team up with Chez Mellusi and Isaac Guerendo to give the Badgers’ their best running-back trio in the program’s history. (AP Photo/Stacy Bengs, File)
TwitterFacebookLinkedInRedditWhatsApp

Week 2 of college football will feature a matchup of two winning teams in the opener. The Washington State Cougars vs Wisconsin Badgers will face off in Madison.

At JefeBet we tell you how both teams are coming into the duel and the predictions for the NCAAF Week 2 match, Washington State vs Wisconsin.

Betting on the Washington State Cougars

The Washington State Cougars are coming off a 24-17 win over the Idaho Vandals in a very even game, except in the third quarter, where they made the difference against an Idaho team that was very much in a slump.

Although they were the overwhelming favorites to win, it is also true that it was expected that they would not suffer so much to get it. “We’ll learn from every part of the game,” WSU Head Coach Jake Dickert said.

“We want to execute better and we know we can play better. But we won the game, and that was the only mission we had,” he concluded. While a win is always welcome at the beginning of the season, they will have to work hard during the week to face Wisconsin.

Betting on the Wisconsin Badgers

For this Saturday’s Washington State vs Wisconsin game, the team will be without Hunter Wohler, who was left off the roster after suffering a leg injury sustained during the game against the Redbirds. Among the new players is cornerback Alexander Smith, who did not play in the previous game but is now available to the Head Coach.

Just like what the major sportsbooks think, at JefeBet we see Wisconsin as the winner. Not only the record is totally in favor of the Badgers, but they also arrive in a better way to the duel on Saturday, September 10, 2022.

Although the “Cougs” also won their presentation, they did not exactly have a flawless performance against the Vandals. The Wisconsin offense is much more lethal than Idaho, who were able to hurt the Washington offense. 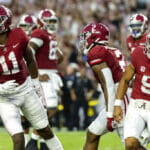