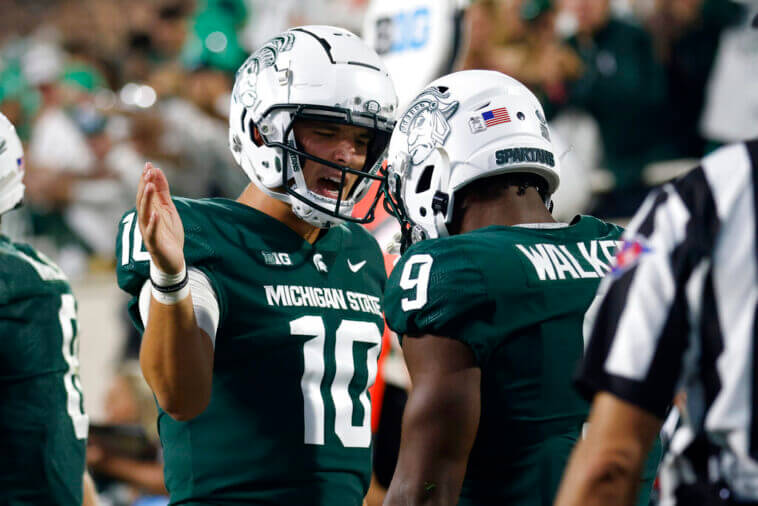 College football has one of the Michigan State classics in store for us this Saturday when the Western Michigan Broncos vs Michigan State Spartans square off as part of Week 1 of the 2022 season.

Both universities are coming off strong performances last season, as the Broncos finished with an 8-5 record and won the Quick Lane Bowl, while Michigan State posted a solid 11-2 record before taking the victory in the Peach Bowl.

Betting on the Western Michigan Broncos

Although Las Vegas is betting that Western Michigan won’t have much of a chance in the game, let’s remember that this team made good adjustments to its main problem: the secondary.

But let’s talk about the offense first. For this season they should have no problems despite having lost their quarterback, Kaleb Eleby, as they have a solid ground attack that was largely responsible for finishing last season as the 12th ranked offense in the nation.

Regarding defense, they must demonstrate that the transfer market additions are capable of boosting air attack blocking, especially against a difficult team like Michigan State.

On paper, Michigan State should win its first game of the season and maintain its undefeated record against Western Michigan, whom it has defeated in each of the 11 games they have played.

The duo of quarterback Payton Thorne and receiver Jayden Reed should not have many problems against a defensive secondary that comes from being one of the worst in the nation and that, although it has added important players, still needs to be oiled up.

Defensively, the backfield line has the talent to stop the good ground attack of their opponents, something that will be key if they want to maintain the superiority granted by Las Vegas.

It’s very difficult for Western Michigan to win this game. They lost several offensive pieces, and while they have signed good players to strengthen their defense, we will see if the goals make a difference as the games go by.

On Michigan State’s side, this game looks like a great opportunity to get the season off to a good start and get ready to take on a Big 10 conference that is one of the most complex in the nation. However, I don’t think the difference between the two teams will be as great as they expect in Las Vegas. 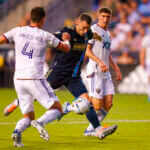 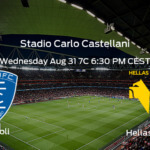