On Sunday, Austin FC (16W-10L-8D; 56 points), in the 2nd position, will welcome Real Salt Lake (12W-11L-11D; 47 points), who are positioned in the 7th seat as of today. Kick off at Q2 Stadium is at 2:00 PM CT. Austin FC have had a recent string of five losses as they head into this clash with the home advantage. In comparison, the visiting Real Salt Lake have recently experienced some well earned wins alongside some painful losses and will maximize every opportunity in front of them.

Austin FC and Real Salt Lake last saw each other on September 15, 2022, a match which ended in a victory for Austin.

Where: Q2 Stadium in Austin, Texas

Austin FC enter into this match with a record of 16 wins, 10 losses, and eight draws over 34 games. The club has had five losses in the last nine matches and have netted a total of 65 goals while conceding 49. This has mainly been thanks, in many ways, to the performances from Sebastian Driussi and Maximiliano Urruti. In their previous match, Austin FC dropped points against Colorado Rapids 1-1.

Real Salt Lake heads into this match with 47 points so far this season and will continue to give it their all. They took all three points from Portland Timbers 3-1 last Sunday and so far this season, they have recorded 12 wins, 11 losses, and 11 draws in 34 fixtures. When they have prevailed, it’s predominantly been thanks to the abilities of Sergio Cordova and Jefferson Savarino. Real Salt Lake fans will be watching to see if the duo can propel them to victory in the match against Austin FC. 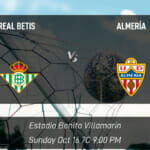 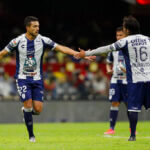