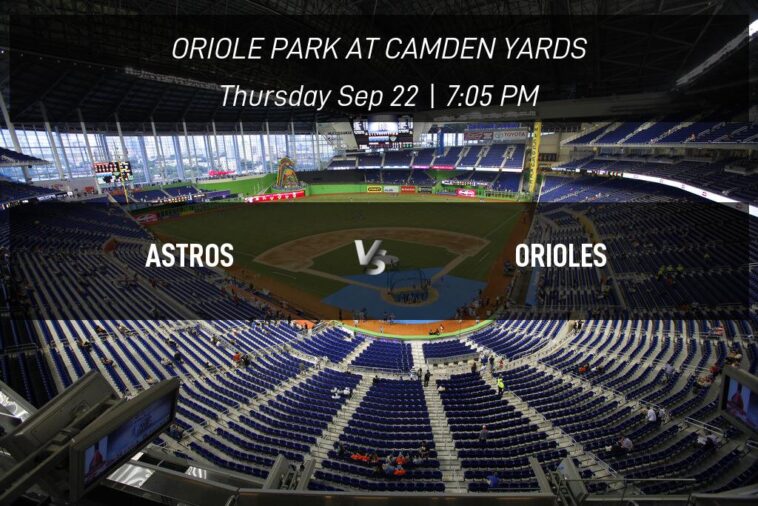 On Thursday, September 22, the Houston Astros (98-51) will pay a visit to the Baltimore Orioles (76-71) at Oriole Park at Camden Yards in Baltimore for a regular season matchup. As they work their way through the final third of the season, both teams will surely be looking for a victory in this showdown. Don’t forget to get get your picks in and catch the first pitch at 7:05 PM ET!

Let’s take a look at how Baltimore and Houston have fared against each other in the past for context on Thursday’s regular season meeting.

At this point in the season, these ball clubs have played in three contests, and the Orioles have claimed victory twice against their opponents. In their last meeting on August 28, 2022, the Houston Astros came up victorious by a score of 3-1. The Orioles had eight runs and nine hits, while the Astros put up five runs on 10 hits. We’ll see who comes out victorious this time when these two teams go head to head at Oriole Park at Camden Yards.

The Astros were defeated by the Tampa Bay Rays 2-5 when they last played on Wednesday, and we’ll be interested to see if this momentum continues. Overall this season, the Astros are currently batting .248 due in large part to their top bat, Jose Altuve, who is leading the squad with a batting average of .292. In terms of defense, they have an ERA of 2.9 and a .987 fielding percentage. Prior to placing your bet, don’t forget to review our odds assessment below!

In their previous game on Wednesday, the Orioles beat the Detroit Tigers by a score of 8-1. Overall this season, the Orioles are currently batting .231 thanks in large part to their hottest bat, Boyce Mullins, who leads the team with a batting average of .261. Defensively, they carry an ERA of 3.91 and a .984 fielding percentage. Make sure you check out our odds analysis further down before selecting your picks!

It’s confirmed that the Orioles are without Christopher Ellis (Shoulder) and John Means (Elbow).

The Astros are considered the favorite by many baseball fans and oddsmakers in this regular season tiltball game. The club is having a great September so far, coming into the game as they sport a winning percentage of 78.95% for this month, a record of 15 victories in total. they’ve played. In comparison, the Orioles’ winning percentage is less at 47.37% for this month, accounting a total of nine wins.

In this matchup, we estimate that the combined total number of runs scored for both teams will be under 7. Don’t forget it while placing your bet!

With a runline of -1.5, the Houston Astros will need to win by the amount of the spread or more in order to cover. 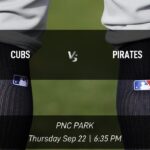 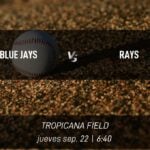