The St. Louis Cardinals (62-50) will go up against the Milwaukee Brewers (60-51) again in St. Louis on Sunday, August 14 at Busch Stadium. Each of the rivals will of course be searching for a win as they work their way through the final third of the regular season. Don’t miss the first pitch at 1:15 PM CT!

Take a look at how the Cardinals and Brewers have performed against each other in the past for context related to Sunday’s regular season tilt.

At this point in the season, these two clubs have fought in 10 contests, in which the Cardinals have earned a win five times against the Brewers. The last time these two teams saw each other on Friday, the St. Louis Cardinals walked away with a 3-1 victory. The Brewers racked up one run on eight hits while the Cardinals put up three runs on six hits. We’ll see what unfolds this time when these two teams square off at Busch Stadium.

The Brewers were beaten by the St. Louis Cardinals 3-1 the last time they met on Friday, and we can’t wait to find out if they can muster up a hard-fought win in this one. The overall regular season batting average for the team right now is .241 and specifically Christian Yelich is riding high with a .258 average. In terms of defense, the team is carrying an ERA of 3.84 and a .984 fielding percentage. Before you place your bets based on the teams’ recent performances, be sure to consult our odds assessment!

In their last game on Friday, the Cardinals outplayed the Milwaukee Brewers. For the regular season, the overall batting average for the team is currently .251 as Paul Goldschmidt leads the club hitting .334. Defensively speaking, the Cardinals hold an ERA of 3.92 and a fielding percentage of .989. Be sure to review our odds analysis below so you have all the info you need at your fingertips!

The Milwaukee Brewers are considered the favorite per oddsmakers in this matchup. The club could be experiencing a more efficient start to August sporting a winning percentage of 30% in the last 10 games (three victories and seven losses). The winning percentage of the St. Louis Cardinals on the other hand, is higher at 80% in the last 10 games (eight victories and two losses). 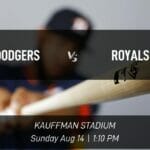 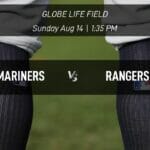