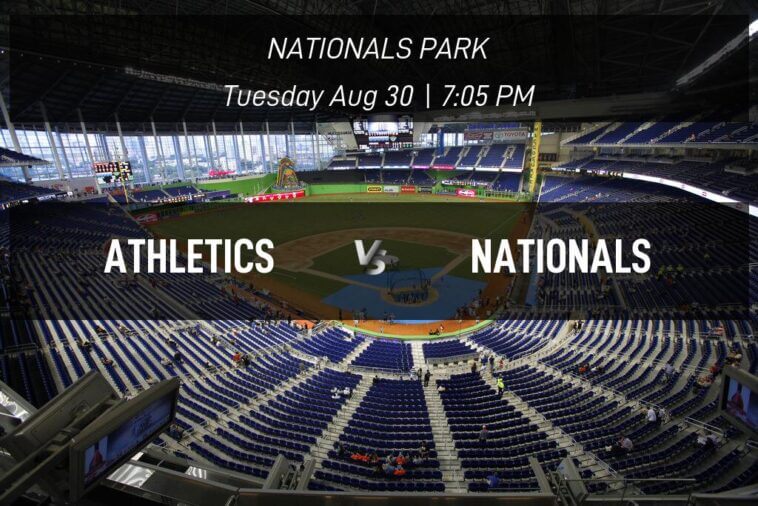 The Washington Nationals (43-85) will clash against the Oakland Athletics (48-81) on Tuesday, August 30 at Nationals Park in Washington. With the regular season winding down, each of these ball clubs will surely be hoping for a victory in this head-to-head matchup. Don’t forget to get get your picks in and catch the first pitch at 7:05 PM ET!

The Nationals and the Athletics are known for bringing the fireworks whenever they meet each other. We’ll see who comes out on top when these two teams take the field at Nationals Park.

The last time they played, the Athletics beat the New York Yankees 4-1 on Sunday, and we’re eager to see if their result will be the same or if fortunes will change. The overall regular season batting average for the team right now is .215 and in particular Sean Murphy is riding high with a .258 average. Defensively speaking, the Athletics hold an ERA of 4.26 and a fielding percentage of .983. Check out our odds analysis and place your bets based on the team’s recent performances!

Following their most recent game on Sunday, the Nationals outplayed the Cincinnati Reds by a score of 3-2. So far this season, the team is currently batting .248 thanks in large part to their top hitter, Yadiel Hernandez, who has a batting average of .269. Defensively, they carry an ERA of 5.11 and a .982 fielding percentage. Make sure you explore our odds assessment below before selecting your picks!

The Oakland Athletics are awaiting a tight showdown with their opponents as both teams come into the match with the same chances in this matchup. The club could be experiencing a more fruitful August, entering the game sporting a winning percentage of 37.5% for this month, a record of nine victories in total. The winning percentage of the Washington Nationals on the other hand, is at 33.33% for this month, accounting a total of eight wins.

Before placing a bet, consider that the estimated over/under for this game is under 8. That is to say that the combined number of total runs for both teams will be under 8.

The Oakland Athletics will need to win by the amount of the spread or more in order to cover the oddsmakers’ runline of -1.5. 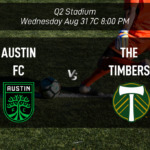 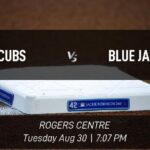