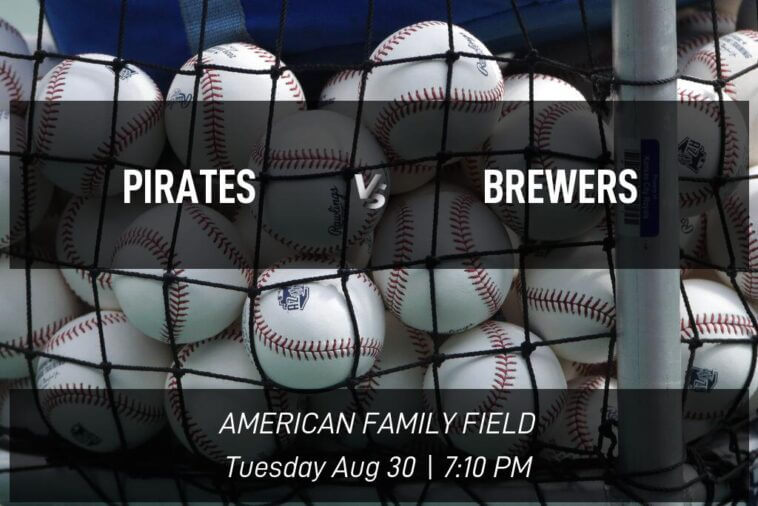 On Tuesday, August 30, the Pittsburgh Pirates (48-79) will visit the Milwaukee Brewers (67-59) at American Family Field in Milwaukee for a regular season matchup. As they work their way through the final third of the season, each of these ball clubs will surely be eager for a victory in this showdown. Don’t miss the first pitch at 7:10 PM CT!

Take a look at how the Brewers and Pirates have performed against each other in the past for context related to Tuesday’s regular season tilt.

At this point in the season, these two clubs have played in 10 contests, in which the Brewers have claimed victory four times against the Pirates. The last time these two teams saw each other on Monday, the Milwaukee Brewers walked away with a 7-5 victory. The Pirates racked up five runs on nine hits while the Brewers put up nine runs on 16 hits. We’ll see what plays out this time when these two teams square off at American Family Field.

The Pirates were beaten by the Philadelphia Phillies 0-5 in their most recent outing on Sunday, and we’ll be interested to see if this momentum continues. Overall this season, the team is currently batting .220 thanks in large part to their top hitter, Bryan Reynolds, who has a batting average of .256. Defensively, they have an ERA of 4.72 and a .980 fielding percentage. Prior to placing your bet, don’t forget to consult our evaluation of the odds below!

In their last game on Sunday, the Brewers beat the Chicago Cubs by a score of 9-7. For the regular season, the overall batting average for the team is currently .237 as Christian Yelich leads the squad hitting .264. Defensively speaking, the Brewers hold an ERA of 3.89 and a fielding percentage of .985. Be sure to review our odds analysis further down so you have all the info you need at your fingertips!

Before you place your bet, keep in mind that the projected over/under for this matchup is under 9.5. This means that the total number of runs for both teams is predicted to be under 9.5. 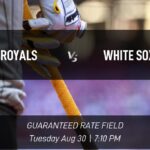 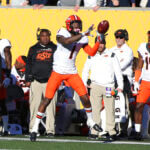