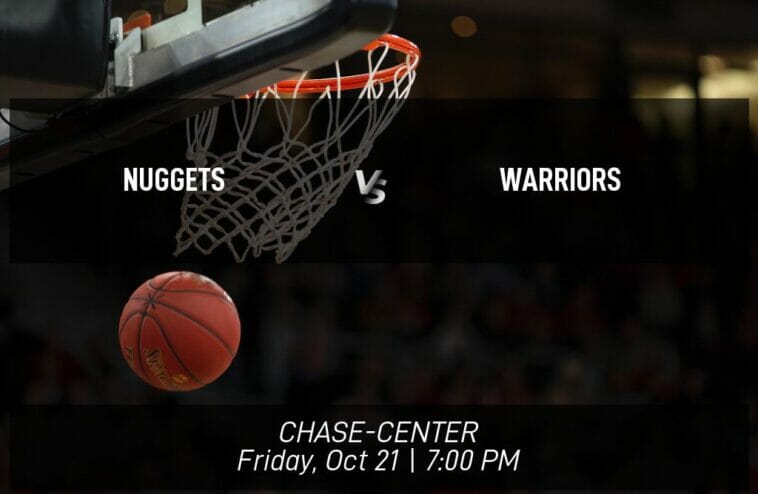 Heading into this early season contest, the Golden State Warriors (1-0) will host the Denver Nuggets (0-1) in San Francisco on Friday, October 21 at Chase Center. Still in the early part of the season, both of these teams will of course be hoping for a win in this game as they look to set the tone for the rest of the year. Tipoff is at 7:00 PM PT, but you’re going to want to get your bets in now!

For context about Friday’s early-season showdown, how have the Warriors and the Nuggets stacked up against each other in the past?

So far this season, these squads haven’t competed yet and the Warriors are preparing for their first tussle with the Nuggets. In their previous meeting this past Friday, the score was 112-119 in favor of the Nuggets. In that game, the Warriors had a 37.37% field goal percentage and a 23.81% three pointer percentage, whereas the Nuggets had a 47.96% field goal percentage and shot 29.03% from the perimenter. Elsewhere on the stat sheet, Golden State grabbed 41 rebounds and 33 assists while Denver had 44 boards and 28 assists.

The Denver Nuggets have experienced a varying degree of victories and losses lately and are in the last position in the division and 12th in the conference right now. In their most recent game they were beaten by the Sacramento Kings, 122-124, in spite of the solid showing from Nikola Jokic. To that end, Jokic accounted for 29 points (61.11 FG%), 15 rebounds, and 14 assists and Michael Porter had 24 points (60.0 FG%). Check out our analysis below to learn how this performance has framed their odds for the upcoming game versus Golden State on Friday.

In terms of injuries, the Nuggets are without Collin Gillespie (Leg).

The Golden State Warriors were defeated by the Brooklyn Nets in their most recent game on Tuesday, 125-99, due in part to a less than stellar performance from the team’s heavy hitters. Curry amassed 20 points (33.33 FG%) and 10 assists, whereas James Wiseman chipped in 19 points (53.85 FG%). The Warriors are the division leader right now. Make sure you read our evaluation of the odds for Friday’s matchup further down and think about how the team’s recent performance could impact their meeting against Denver.

As far as inactive players go, the Warriors have no injured players ruled out.

Entering this game, the Golden State Warriors are considered the favorite by many basketball fans and oddsmakers. The team is enjoying a great beginning to October sporting a winning percentage of 70% in the last 10 games (a record of seven wins and three losses) while the winning percentage of the Denver Nuggets on the other hand, is lower at 40% in the last 10 games (four wins and six losses).

It is predicted that the total score for the game will be over 230.

The Golden State Warriors have logged an average of 110.1 points a game in the 10 games since June 9. On the other hand, the Denver Nuggets have recorded 111.1 points per game over their last 10 games.

The Denver Nuggets will need to lose by less than the amount of the spread or win outright in order to cover. 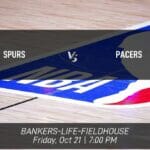 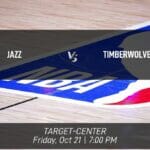