The Detroit Pistons (23-56) will go up against the Dallas Mavericks (49-30) in Detroit on Wednesday, April 6 at Little Caesars Arena. The Pistons, the home team, have experienced an assortment of wins and failures lately, whereas the Mavericks, the visitors, have come out on top in six out of the last 10 games. The action might start at 7:00 PM ET, but you’re going to want to get your bets in now!

For context about Wednesday’s matchup, how have the Pistons and the Mavericks performed versus each other in the past?

This season, the franchises have fought in one contest and the Pistons lost to the Mavs. In their most recent meeting on February 8, 2022, the score was 116-86 in favor of the Mavs. The Pistons had a 49.12% field goal percentage and a 16.67% three pointer percentage, whereas the Mavericks had a 51.16% field goal percentage and a 50% 3-point percentage. The former totaled 6 rebounds and 20 assists; the latter had 7 rebounds and 24 assists. The start of the playoffs is just around the corner, so we’ll see what unfolds when the Pistons welcome their competition at Little Caesars Arena.

The Detroit Pistons defeated the Indiana Pacers in their most recent game on Sunday, 117-121, thanks to Saddiq Bey’s admirable performance. Bey came up with 31 points, whereas Frank Jackson had 19 points. The Pistons are in the bottom position in the division and currently 14th in the conference. Make sure you review our odds analysis for Wednesday’s game further down and think about how the team’s recent form could impact their meeting versus Dallas.

The Dallas Mavericks have come out on top in six out of the last 10 games and are currently in 4th place in the conference. In their most recent game, they outplayed the Milwaukee Bucks 112-118, thanks to the admirable performances of star players Luka Doncic and Dwight Powell. To that point, Doncic supplied 32 points and 15 assists. Dwight Powell had 22 points and 13 rebounds. Check out our assessment below to learn how this performance has cast their odds for the upcoming game versus Detroit on Wednesday. 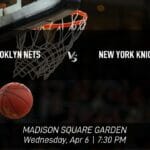 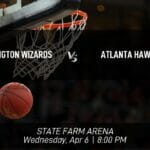