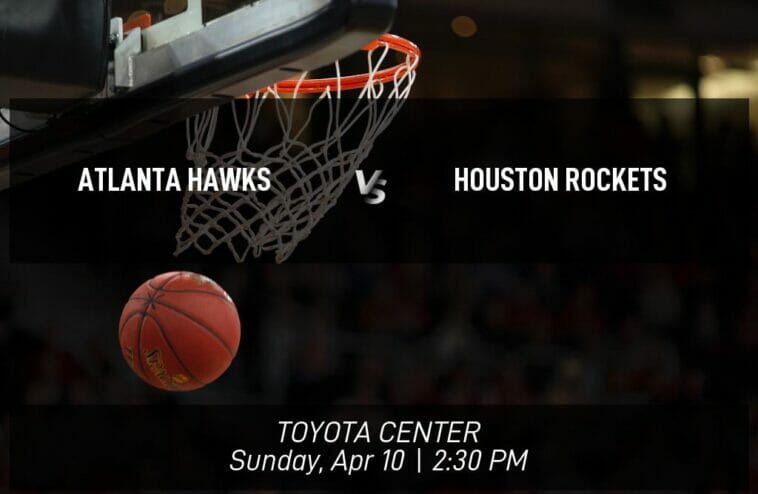 The Houston Rockets (20-61) will host the Atlanta Hawks (42-39) in Houston on Sunday, April 10 at Toyota Center. The Rockets, the home team, have dropped six in a row, whereas the Hawks, the visitors, have come out on top in seven out of the last 10 games. Don’t forget to place your bets and then catch the excitement live at 2:30 PM CT!

Head-to-head, how does Houston measure up versus Atlanta historically?

The franchises have played in one contest this season and the Rockets beat the Hawks. Having said that, the score was 126-132 in favor of the Rockets the most recent time they met up on December 13, 2021. In that game, the Rockets had a 54% and a 41.3% field goal percentage and three pointer percentage respectively. Additionally, the Hawks had a 58.7% field goal percentage and a 58.7% 3pt percentage. With regard to rebounds, the Rockets snagged 11, whereas the Hawks had 7. Concerning assists, the former had 27 and the latter grabbed 20. The end of the regular season is approaching, so which side will you put money on to defeat their competition on Sunday? The Rockets, playing as the local team, or the Hawks, as the visitors?

The Houston Rockets were defeated by the Toronto Raptors in their most recent game on Friday, 117-115, in spite of the solid showing from Kevin Porter. Porter yielded 35 points and 10 rebounds, whereas Josh Christopher had 20 points. The Rockets are currently in the last position in the league. Make sure you review our evaluation of the odds for Sunday’s game further down and think about how the squad’s recent performance could influence their meeting versus Atlanta.

The Atlanta Hawks have won seven out of the last 10 games and are presently in 9th place in the conference. In their most recent game they lost to the Miami Heat, 113-109, in spite of the contributions of Trae Young and Bogdan Bogdanovic. To that point, Young generated 35 points and Bogdan Bogdanovic had 25 points. Check out our assessment further down to learn how this performance has shaped their odds for the upcoming game versus Houston on Sunday.

The Hawks are short John Collins (Finger/Foot). Lou Williams (Back) will be questionable.

The Houston Rockets have registered 115.3 points an outing over their most recent 10 games, although their average per game while playing at home has been higher at 116.9. Alternatively, the Atlanta Hawks have recorded 119.5 points per game over their last 10 games. 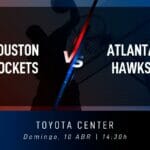 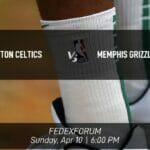