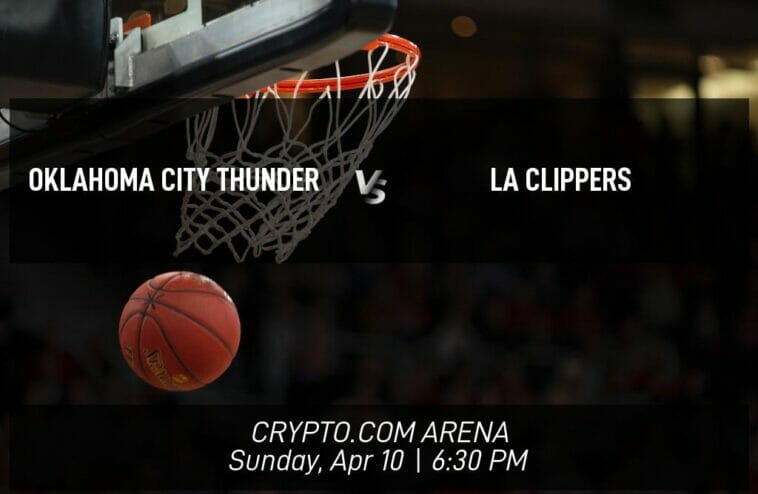 The Los Angeles Clippers (41-40) will hit the court against the Oklahoma City Thunder (24-57) in Los Angeles on Sunday, April 10 at Crypto.com Arena. The Clippers, the home team, have won four consecutive games, whereas the Thunder, the visitors, have had fluctuating amounts of victories and failures lately. The action might start at 6:30 PM PT, but you’re going to want to get your bets in now!

For context about Sunday’s matchup, how have the Clippers and the Thunder performed versus each other in the past?

This season, the teams have fought in two matchups and the Clippers have claimed victory once against the Thunder. In their most recent meeting on December 18, 2021, the score was 104-103 in favor of the Thunder. The Clippers had a 47.73% field goal percentage and a 41.03% three pointer percentage, whereas the Thunder had a 50.82% field goal percentage and a 38.71% 3-point percentage. The former totaled 7 rebounds and 26 assists; the latter had 4 rebounds and 23 assists. We are deep into the season, so we’ll see what plays out when the Clippers receive their competition at Crypto.com Arena.

The Los Angeles Clippers beat the Sacramento Kings in their most recent game on Saturday, 117-98, thanks to the solid performances of star players Paul George and Ivica Zubac. George was responsible for 23 points and 12 assists, whereas Ivica Zubac had 15 points and 12 rebounds. They are presently in 8th place in the conference. Make sure you read our odds analysis for Sunday’s game below and think about how the squad’s recent form could impact their meeting versus Oklahoma.

The Clippers will play without Kawhi Leonard (Knee) and Jason Preston (Foot).

The Oklahoma City Thunder have experienced a bit of a mixed bag with regard to wins and losses lately and are in the last position in the division and currently 14th in the conference. In their most recent game they were defeated by the Los Angeles Lakers, 120-101, in spite of an excellent performance from Jaylen Hoard. Furthermore, Hoard generated 27 points and 17 rebounds and Georgios Kalaitzakis had 25 points. Check out our assessment below to learn how this performance has framed their odds for the upcoming game against LA on Sunday.

The Thunder are missing Kenrich Williams (Knee). Tre Mann (Hamstring) will be questionable.

The Clippers have registered 115.7 points an outing over their most recent 10 games. On the other side of the court, the Thunder have recorded 111.8 points per game over their last 10 games. 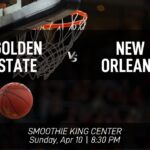 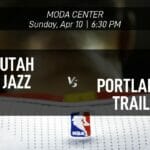