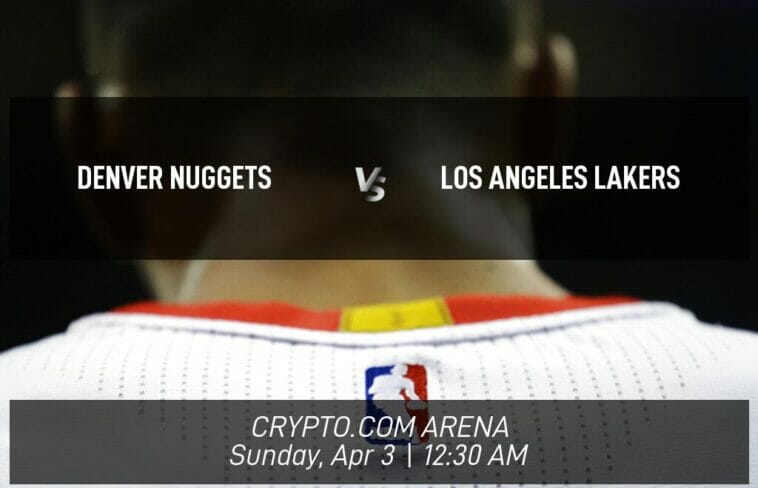 The Los Angeles Lakers (31-46) will hit the court against the Denver Nuggets (46-32) in Los Angeles on Sunday, April 3 at Crypto.com Arena. The Lakers, the home team, have lost five consecutive games, whereas the Nuggets, the visitors, have experienced fluctuating amounts of victories and losses lately. The action might start at 12:30 PM PT, but you’re going to want to get your bets in now!

Toe-to-toe, how does Los Angeles measure up versus Denver historically?

The teams have battled in one contest this season and the Lakers lost to the Nuggets. That said, the score was 133-96 in favor of the Nuggets the most recent time they met up on January 15, 2022. In that game, the Lakers had a 50% and a 33.33% field goal percentage and three pointer percentage respectively. Additionally, the Nuggets had a 47.06% field goal percentage and a 47.06% 3pt percentage. Regarding rebounds, the Lakers snagged 1, whereas the Nuggets had 3. Concerning assists, the former had 21 and the latter grabbed 35. Playoff berths will be decided soon, so which side will you bet on to conquer their opponents on Sunday? The Lakers, playing with the home court advantage, or the Nuggets, as the road team?

The Los Angeles Lakers were defeated by the New Orleans Pelicans in their most recent game on Friday, 111-114, in the face of Lebron James’ performance. James amassed 38 points, whereas Anthony Davis had 23 points and 12 rebounds. The Lakers are 11th right now in their conference. Be sure to review our odds analysis for Sunday’s matchup below and think about how the squad’s recent form could impact their meeting against Denver.

The Lakers will play without Carmelo Anthony (Illness) and Kendrick Nunn (Knee).

The Denver Nuggets have had an assortment of wins and failures lately and are currently in 6th place in the conference. In their most recent game they were defeated by the Minnesota Timberwolves, 130-136, in spite of an excellent performance from Nikola Jokic. To that point, Jokic generated 38 points and 19 rebounds and Monte Morris had 23 points. Check out our assessment further down to learn how this performance has cast their odds for the upcoming game versus Los Angeles on Sunday.

The Los Angeles Lakers have logged an average of 114.4 points per game in the 10 games since March 15. Alternatively, the Denver Nuggets have registered 119.9 points an outing over their most recent 10 games.

The Denver Nuggets will need to win by the amount of the spread or more in order to cover. 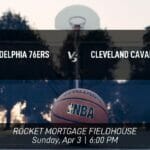 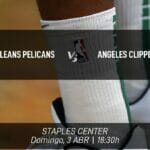