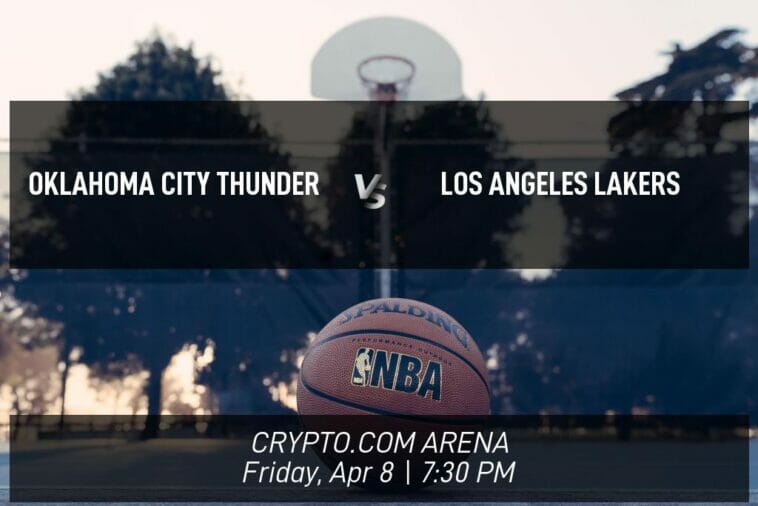 The Los Angeles Lakers (31-48) will face off against the Oklahoma City Thunder (24-56) in Los Angeles on Friday, April 8 at Crypto.com Arena. The Lakers, the home team, have lost seven consecutive games, whereas the Thunder, the visitors, have won four out of the last 10 games. The action might start at 7:30 PM PT, but you’re going to want to get your bets in now!

For context about Friday’s matchup, how have the Lakers and the Thunder performed versus each other in the past?

This season, the teams have battled in three matchups and the Lakers have claimed victory once against the Thunder. In their most recent meeting on December 10, 2021, the score was 95-116 in favor of the Lakers. The Lakers had a 48.89% field goal percentage and a 45.24% three pointer percentage, whereas the Thunder had a 53.85% field goal percentage and a 22.73% 3-point percentage. The former totaled 12 rebounds and 23 assists; the latter had 4 rebounds and 21 assists. Teams are eyeing the playoffs right now, so we’ll see what unfolds when the Lakers receive their opponents at Crypto.com Arena.

The Los Angeles Lakers lost to the Phoenix Suns in their most recent game on Tuesday, 121-110, in the face of Anthony Davis and Austin Reaves’ efforts. Davis, who is listed as questionable for the next game, came up with 21 points and 13 rebounds, whereas Austin Reaves had 18 points. They are 11th right now in their conference. Make sure you review our odds analysis for Friday’s game below and consider how the team’s recent performance could impact their meeting versus Oklahoma.

The Oklahoma City Thunder have won four out of the last 10 games and are in the bottom position in the division and 14th in the conference currently. In their most recent game they were beaten by the Utah Jazz, 137-101, due in part to a less than stellar performance from the team’s heavy hitters. To that point, Hoard supplied 23 points and Isaiah Roby had 18 points. Check out our analysis further down to learn how this performance has framed their odds for the upcoming game versus Los Angeles on Friday.

The Thunder will play without Kenrich Williams (Knee) and Tre Mann (Hamstring).

The Los Angeles Lakers have registered 116.5 points per outing over their most recent 10 games. Alternatively, the Oklahoma City Thunder have logged an average of 110.2 points a game in the 10 games since March 18. 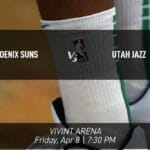 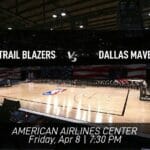