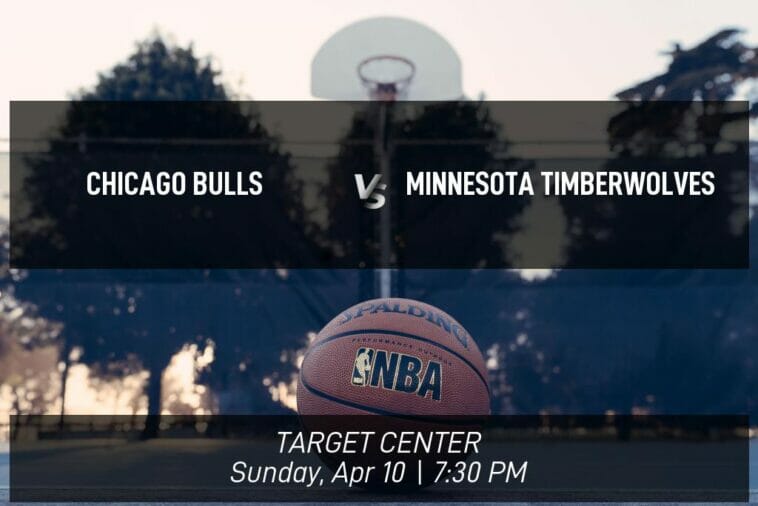 The Minnesota Timberwolves (46-35) will host the Chicago Bulls (45-36) in Minneapolis on Sunday, April 10 at Target Center. The Timberwolves, the home team, have experienced fluctuating amounts of victories and losses lately, whereas the Bulls, the visitors, have lost four in a row. Don’t forget to place your bets and then catch the excitement live at 7:30 PM CT!

For context about Sunday’s matchup, how have the Timberwolves and the Bulls performed versus each other in the past?

This season, the franchises have fought in one matchup and the T-Wolves lost to the Bulls. In their most recent meeting on February 11, 2022, the score was 134-122 in favor of the Bulls. The Timberwolves had a 62.5% field goal percentage and a 32.5% three pointer percentage, whereas the Bulls had a 73.21% field goal percentage and a 45.16% 3-point percentage. The former totaled 6 rebounds and 32 assists; the latter had 5 rebounds and 32 assists. The end of the regular season is upon us, so we’ll see what unfolds when the Timberwolves receive their challengers at Target Center.

The Minnesota Timberwolves defeated the San Antonio Spurs in their most recent game on Thursday, 127-121, due to a huge push from star player Anthony Edwards, the team won the matchup. Edwards was responsible for 49 points, whereas Karl-Anthony Towns had 21 points and 13 rebounds. The Timberwolves are presently in 7th place in the conference. Be sure to read our evaluation of the odds for Sunday’s matchup further down and consider how the squad’s recent performance could impact their meeting against Chicago.

The Timberwolves have no injured players ruled out. D’Angelo Russell (Bilateral Hamstring Soreness) is questionable.

The Chicago Bulls have dropped four consecutive games and are currently in 6th place in the conference. In their most recent game they were beaten by the Charlotte Hornets, 117-133, in spite of the contribution of Zach Lavine. To that point, Lavine supplied 23 points and Patrick Williams had 15 points. Check out our analysis below to learn how this performance has shaped their odds for the upcoming game versus Minnesota on Sunday.

The Bulls have zero injured players ruled out. Matt Thomas (Leg) and Alex Caruso (Back) are listed as questionable.

The Timberwolves have recorded 120.8 points per game over their last 10 games. On the other side of the court, the Bulls have logged an average of 107.7 points a game in the 10 games since March 19.

The Chicago Bulls will need to lose by less than the amount of the spread or win outright in order to cover. 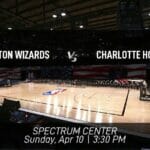 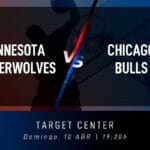