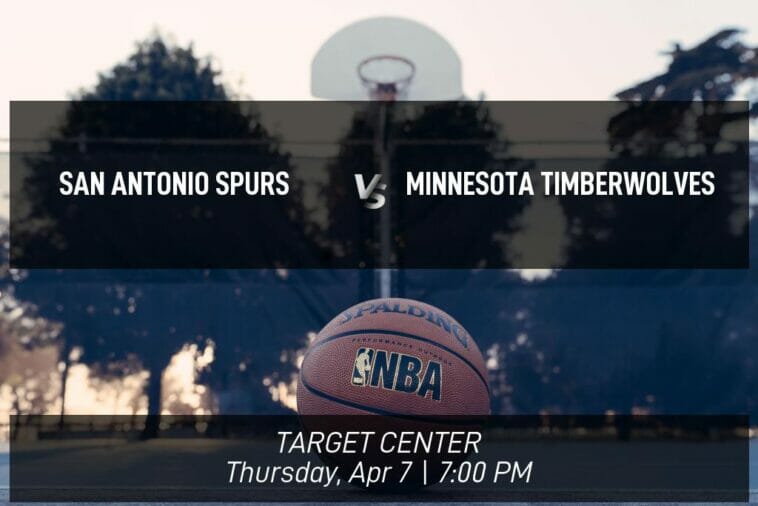 The Minnesota Timberwolves (45-35) will hit the court against the San Antonio Spurs (34-45) in Minneapolis on Thursday, April 7 at Target Center. The Timberwolves, the home team, have won five out of the last 10 games, whereas the Spurs, the visitors, have come out on top in eight out of the last 10 games. The action might start at 7:00 PM CT, but you’re going to want to get your bets in now!

Head-to-head, how does Minnesota measure up versus San Antonio historically?

These teams have battled in two matchups this season and the Timberwolves have won each game against the Spurs. Having said that, the score was 139-149 in favor of the T-Wolves the most recent time they met up on March 14, 2022. In that game, the T-Wolves had a 61.4% and a 51.52% field goal percentage and three pointer percentage respectively. Conversely, the Spurs had a 62.9% field goal percentage and a 62.9% 3pt percentage. Regarding rebounds, the Timberwolves totaled 7, whereas the Spurs had 8. Concerning assists, the former had 28 and the latter earned 33. The end of the regular season is approaching, so which side will you bet on to take the crown on Thursday? The T-Wolves, playing as the local team, or the Spurs, as the road team?

The Minnesota Timberwolves were defeated by the Washington Wizards in their most recent game on Tuesday, 114-132, in the face of Karl-Anthony Towns and D’Angelo Russell’s efforts. Towns came up with 26 points and 10 rebounds, whereas D’Angelo Russell had 17 points and 11 assists. They are presently in 7th place in the conference. Make sure you review our evaluation of the odds for Thursday’s matchup further down and think about how the squad’s recent performance could influence their meeting against San Antonio.

The San Antonio Spurs have come out on top in eight out of the last 10 games and are presently in 10th place in the conference. In their most recent game they defeated the Denver Nuggets, 97-116, due to a reliable contributions from Devin Vassell and Tre Jones. To that end, Vassell supplied 20 points and Tre Jones had 14 points and 10 assists. Check out our assessment further down to learn how this performance has shaped their odds for the upcoming game versus Minnesota on Thursday.

The Timberwolves have registered 120.5 points per outing over their most recent 10 games. On the other side of the court, the Spurs have logged an average of 115.6 points a game in the 10 games since March 17. 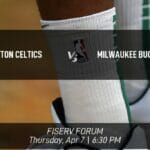 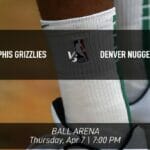