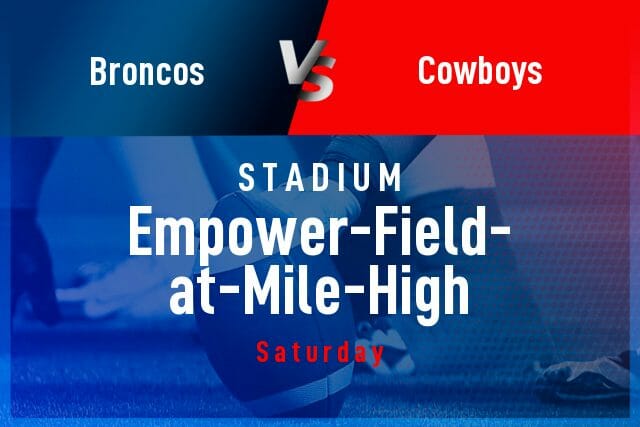 The Denver Broncos will face the Dallas Cowboys in their first preseason game on Saturday, August 13 at Empower Field at Mile High in Denver. No doubt each of these teams will be searching for a win as we prepare for the regular season, so don’t forget to place your bets and then catch the excitement live at 7:00 PM MT!

For context about this game, let’s see how the Broncos and the Cowboys have stacked up against each other in the past. While these franchises have played in one contest over the past few years, the home team, the Broncos, topped their opponents. In their last meeting on November 7, 2021, the score was 16-30 in favor of the Denver Broncos.

Where: Empower Field at Mile High in Denver, CO

In their previous game on Sunday, January 16, 2022, the Cowboys lost to the San Francisco 49ers 17-23. The Cowboys gained 270 passing yards and averaged 3.67 yards per rush attempt. They had 1 turnovers and a possession time of 26:01. Does that bode well for them going into their game this week even though it’s a new season?

At this time the Cowboys have no injured players ruled out.

In their latest clash on Saturday, January 8, 2022, the Broncos were defeated by the Kansas City Chiefs 24-28. The Broncos gained 178 passing yards and averaged 6.82 yards per rush attempt. The team had 1 turnovers and a possession time of 26:56. We are excited to see what happens next in this coming season!

At this time the Broncos have no injured players ruled out.

For this first preseason game, the Denver Broncos are considered the favorite by many football fans and oddsmakers. Can they secure the win? Or will the Dallas Cowboys best them?

The number of points, we estimate, will be under 30.5 for this preseason football game. Keep this in mind while placing your bet!

The Denver Broncos will need to win by the amount of the spread or more in order to cover. 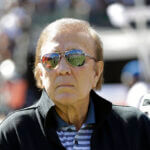 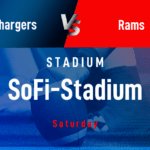