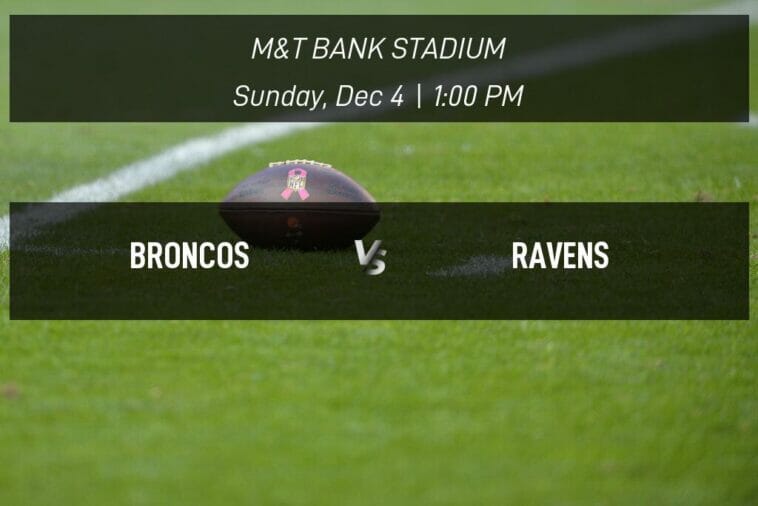 The Baltimore Ravens (7W-4L) will meet the Denver Broncos (3W-8L) in Baltimore on Sunday, December 4 at M&T Bank Stadium. No doubt each of these teams will be searching for a win, so don’t forget to place your bets and then catch the excitement live at 1:00 PM ET!

For context related to this matchup, let’s check to see how the Ravens and the Broncos have performed against each other historically. While the teams have competed in two contests over the past few years, the home team in this contest, the Ravens, have won each game against their opponents. In their previous meeting on October 3, 2021, the end result was 7-23 in favor of the Ravens.

The Denver Broncos have had an assortment of victories and losses lately and are presently in 4th place in the AFC West. In their last game on Sunday, November 27, the Broncos were beaten by the Carolina Panthers 23-10. Will things be different this week?

On the offensive side of the ball, the Broncos are averaging 235.82 passing yards per game and 4.15 yards per rush attempt. With a turnover margin of 0.45, Denver has held an average of 30:07 in possession time this season.

As for inactive players, the Broncos have no injured players ruled out.

The Baltimore Ravens have had some recent ups and downs and are ready to make a jump in the standings. In their latest game on Sunday, November 27, the Ravens lost to the Jacksonville Jaguars to the tune of 28-27, and we can’t wait to see what happens when they square off against the Broncos in this Week 13 matchup.

So far this season, the Ravens are averaging 202.82 passing yards per game and 5.41 yards per rushing attempt. With an average possession time of 32:20, Baltimore is holding a turnover margin of -0.36.

The Baltimore Ravens have recorded an average of 25.0 points per game during the regular season. Meanwhile, the Denver Broncos have logged 14.27 points. 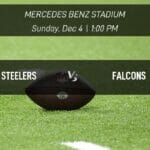 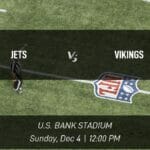