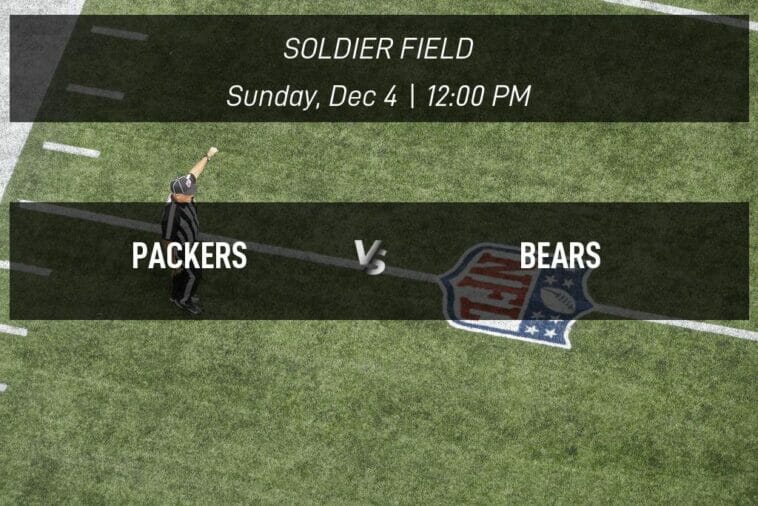 The Chicago Bears (3W-9L) will go up against the Green Bay Packers (4W-8L) in Chicago on Sunday, December 4 at Soldier Field. No doubt each of these teams will be searching for a win, so don’t forget to place your bets and then catch the excitement live at 12:00 PM CT!

For context surronding this matchup, let’s explore how the Bears and the Packers have performed against each other in the past. While the teams have competed in nine contests over the past few years, the home team in this game, the Bears, have earned a win once against their opponents. In their most recent meeting on September 18, 2022, the final score was 27-10 in favor of the Packers.

Where: Soldier Field in Chicago, Illinois

The Green Bay Packers have had some recent ups and downs and are ready to move upward in the rankings following this game. In their most recent game on Sunday, November 27, the Packers lost to the Philadelphia Eagles 40-33. Does that bode well for them going into their game this week?

On the offensive side of the ball, the Packers are averaging 239.0 passing yards per game and 4.58 yards per rush attempt. With a turnover margin of 0.25, Green Bay has maintained an average of 31:11 in possession time this season.

The Chicago Bears have experienced a varying degree of wins and losses lately and are currently in 4th place in the NFC North. In their latest appearance on Sunday, November 27, the Bears were defeated by the New York Jets by a score of 31-10, and we can’t wait to see what happens when they square off against the Packers in this Week 13 matchup.

So far this season, the Bears are averaging 152.17 passing yards per game and 5.3 yards per rushing attempt. With an average possession time of 30:25, Chicago is holding a turnover margin of 0.92.

The Chicago Bears have recorded an average of 20.92 points per game during the regular season. In comparison, the Green Bay Packers have logged 19.58 points.

The Chicago Bears will need to lose by less than the amount of the spread or win outright in order to cover. 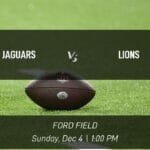 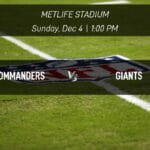