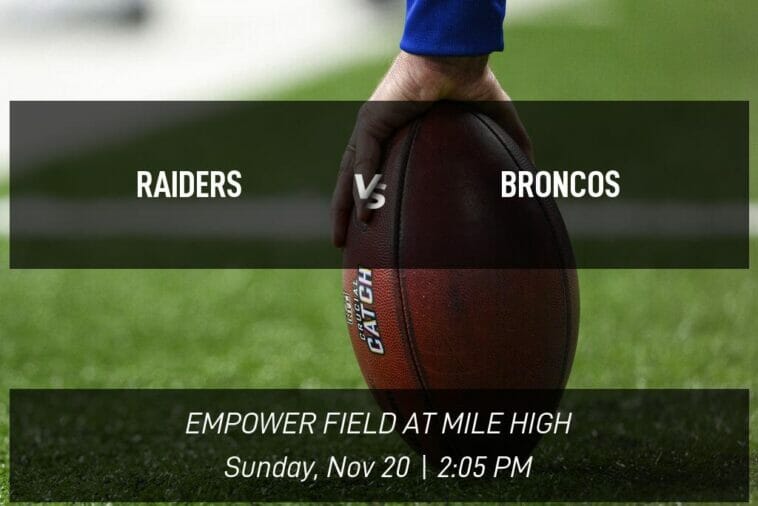 The Denver Broncos (3W-6L) will meet the Las Vegas Raiders (2W-7L) in Denver on Sunday, November 20 at Empower Field at Mile High. Of course, each of these teams will be trying to secure a win, so keep this top of mind when placing your bets and then follow the action live at 2:05 PM MT!

For context related to this game, let’s see how the Broncos and the Raiders have stacked up against each other in the past. While these organizations have competed in nine contests over the past few years, the home team, the Broncos, have earned a win twice against their opponents. In their latest meeting on October 2, 2022, the score was 32-23 in favor of the Las Vegas Raiders.

Where: Empower Field at Mile High in Denver, Colorado

The Las Vegas Raiders have been eyeing what could be the start of a streak and are hopeful that they can build momentum in the standings race. In their previous game on Sunday, November 13, the Raiders were beaten by the Indianapolis Colts 20-25. Does that bode well for them going into their game this week?

The Raiders are averaging 244.89 passing yards and are also getting 4.65 yards per rush attempt. The team’s turnover margin is 0.67 and their average possession time this season is 29:34.

The Denver Broncos have had some recent opportunities in which they could be doing better and are ready to move up in the standings when all is said and done. In their previous contest on Sunday, November 13, the Broncos were defeated by the Tennessee Titans 17-10 and we can’t wait to see what happens next.

The Broncos are averaging 245.0 passing yards and are also getting 3.99 yards per rush attempt. The team’s turnover margin is 0.67 and their average possession time this season is 31:03.

During the regular season, the Denver Broncos have recorded an average of 14.56 points per game. The Las Vegas Raiders have logged 22.56 points.

The Las Vegas Raiders will need to lose by less than the amount of the spread or win outright in order to cover. 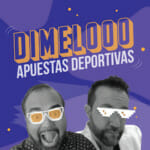 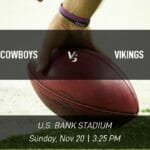