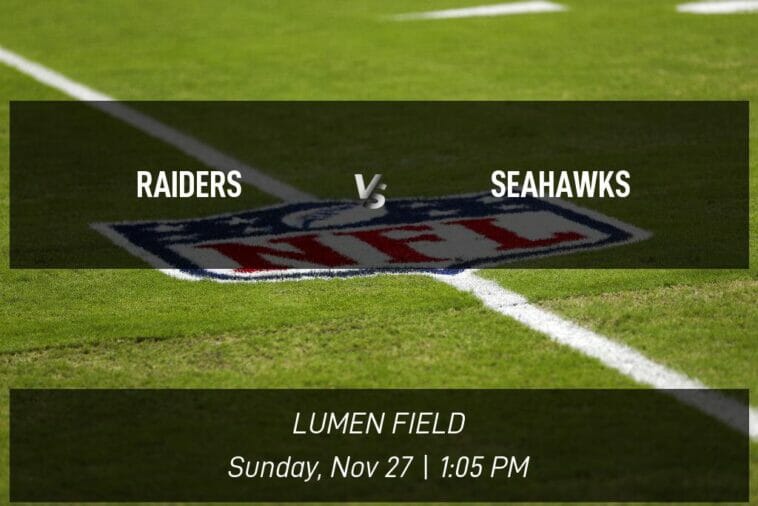 The Seattle Seahawks (6W-4L) will welcome the Las Vegas Raiders (3W-7L) in Seattle on Sunday, November 27 at Lumen Field. Both of these rivals will be pursuing a win, so remember to place your bets and then catch the excitement live at 1:05 PM PT!

For context related to this game, let’s explore how the Seahawks and the Raiders have performed against each other historically. While the teams have played in four contests over the past few years, the home team in this contest, the Seahawks, have claimed victory twice against their opponents. In their most recent meeting on August 14, 2021, the score was 20-7 in favor of the Raiders.

Where: Lumen Field in Seattle, Washington

The Las Vegas Raiders have experienced a varying degree of victories and failures lately and are ready to move up in the standings when all is said and done. In their last game on Sunday, November 20, the Raiders outplayed the Denver Broncos 16-22. Does that bode well for them going into their game this week?

On the offensive side of the ball, the Raiders are averaging 251.1 passing yards per game and 4.64 yards per rush attempt. With a turnover margin of 0.6, Las Vegas has held an average of 29:53 in possession time this season.

The Seattle Seahawks have had some recent games during which they could have performed better and are currently in 2nd place in the NFC West. In their latest appearance on Sunday, November 13, the Seahawks lost to the Tampa Bay Buccaneers by a score of 21-16, and we can’t wait to see what happens in this Week 12 matchup.

So far this season, the Seahawks are averaging 247.4 passing yards per game and 4.75 yards per rushing attempt. With an average possession time of 28:15, Seattle is holding a turnover margin of -0.6.

The Seattle Seahawks have recorded an average of 25.7 points per game during the regular season. Comparatively, the Las Vegas Raiders have logged 22.5 points.

The Seattle Seahawks will need to win by the amount of the spread or more in order to cover. 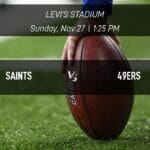