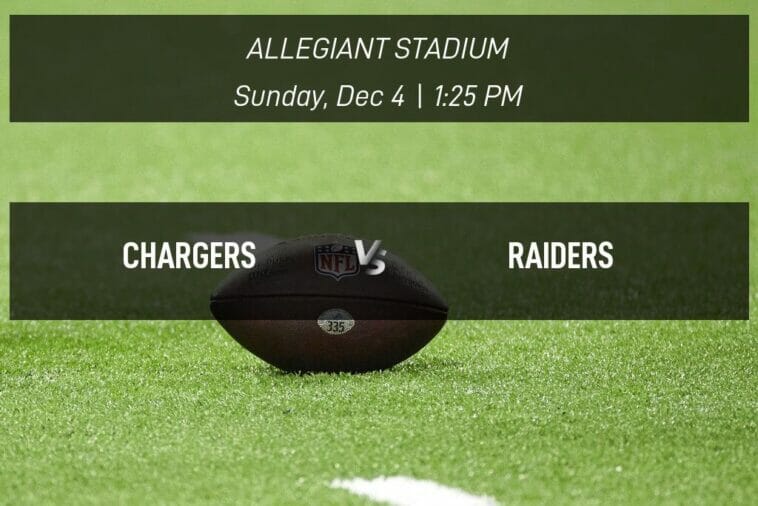 The Las Vegas Raiders (4W-7L) will take on the Los Angeles Chargers (6W-5L) in Las Vegas on Sunday, December 4 at Allegiant Stadium. Both of these rivals will be pursuing a win, so remember to place your bets and then catch the excitement live at 1:25 PM PT!

For context related to this game, let’s examine how the Raiders and the Chargers have fared versus each other historically. While the teams have competed in nine contests over the past few years, the home team in this contest, the Raiders, have earned a win four times against their opponents. In their prior meeting on September 11, 2022, the final score was 24-19 in favor of the Chargers.

The Los Angeles Chargers have had some recent opportunities in which they could be doing better and are ready to move up in the standings when all is said and done. In their last game on Sunday, November 27, the Chargers defeated the Arizona Cardinals 24-25. Does that bode well for them going into their game this week?

On the offensive side of the ball, the Chargers are averaging 273.09 passing yards per game and 3.65 yards per rush attempt. With a turnover margin of -0.18, Los Angeles has held an average of 29:44 in possession time this season.

The Las Vegas Raiders have had an assortment of victories and losses lately and are presently in 3rd place in the AFC West. In their most recent appearance on Sunday, November 27, the Raiders outplayed the Seattle Seahawks to the tune of 34-40, and we can’t wait to see what happens this time around.

So far this season, the Raiders are averaging 255.09 passing yards per game and 4.86 yards per rushing attempt. With an average possession time of 30:35, Las Vegas is sporting a turnover margin of 0.73.

The Las Vegas Raiders have recorded an average of 24.09 points per game during the regular season. Comparatively, the Los Angeles Chargers have logged 22.91 points.

The Los Angeles Chargers will need to lose by less than the amount of the spread or win outright in order to cover. 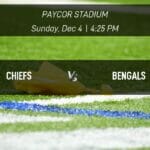