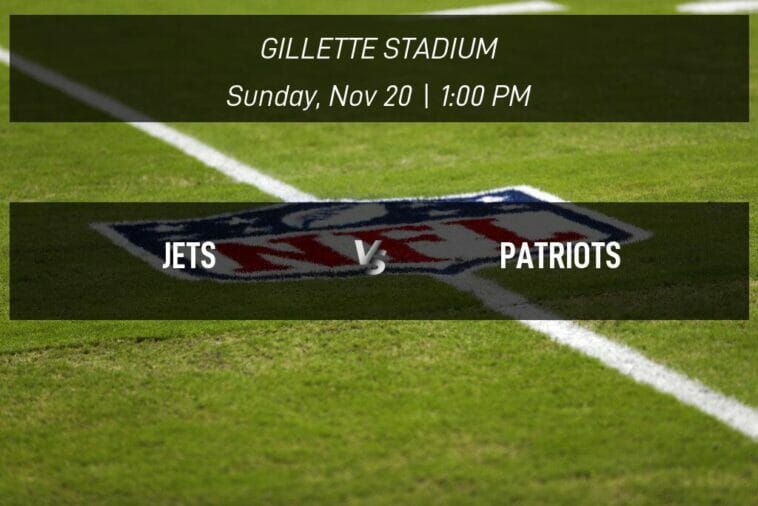 The New England Patriots (5W-4L) will go head to head with the New York Jets (6W-3L) in Foxborough on Sunday, November 20 at Gillette Stadium. No doubt each of these rivals will be searching for a win, so don’t forget to place your bets and then catch the excitement live at 1:00 PM ET!

For context related to this game, how have the Patriots and the Jets performed versus each other in the past? While the teams have played in nine contests over the past few years, the home team, the Patriots, have won each game against their opponents. In their most recent meeting on October 30, 2022, the score was 17-22 in favor of the New England Patriots.

Where: Gillette Stadium in Foxborough, Massachusetts

The New York Jets have had some games in both the winning and losing columns recently and are 2nd in the AFC East currently. In their most recent game on Sunday, November 6, the Jets beat the Buffalo Bills 20-17. Does that bode well for them going into their game this week?

The Jets are averaging 235.78 passing yards and are also getting 4.58 yards per rush attempt. The team’s turnover margin is -0.44 and their average possession time this season is 29:09.

The New England Patriots have experienced an assortment of victories and losses lately and are ready to move upward in the rankings when the game has completed. In their most recent contest on Sunday, November 6, the Patriots outplayed the Indianapolis Colts 26-3 and we can’t wait to see what happens next.

The Patriots are averaging 217.56 passing yards and are also getting 4.01 yards per rush attempt. The team’s turnover margin is -0.33 and their average possession time this season is 31:04.

The New York Jets will need to lose by less than the amount of the spread or win outright in order to cover. 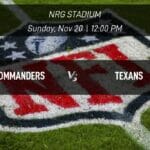 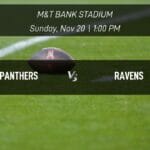