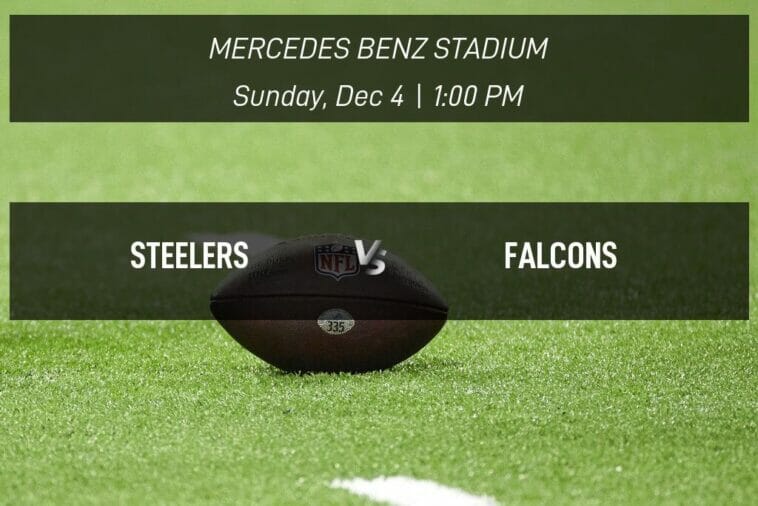 The Atlanta Falcons (5W-7L) will host the Pittsburgh Steelers (4W-7L) in Atlanta on Sunday, December 4 at Mercedes-Benz Stadium. Watch the drama unfold at 1:00 PM ET and don’t forget to place your bets!

For context pertaining to this game, let’s take a look at how the Falcons and the Steelers have fared versus each other in the past. While the teams have played in one contest over the past few years, the home team in this edition, the Falcons, lost to their opponents. In their prior meeting on October 7, 2018, the final score was 41-17 in favor of the Steelers.

The Pittsburgh Steelers have experienced an assortment of wins and losses lately and are ready to move upward in the rankings following this game. In their previous game on Monday, November 28, the Steelers defeated the Indianapolis Colts 17-24. Does that bode well for them going into their game this week?

On the offensive side of the ball, the Steelers are averaging 218.36 passing yards per game and 4.2 yards per rush attempt. With a turnover margin of -0.09, Pittsburgh has held an average of 31:05 in possession time this season.

The Atlanta Falcons have had some games in both the winning and losing columns recently and are currently in 2nd place in the NFC South. In their latest appearance on Sunday, November 27, the Falcons lost to the Washington Commanders by a score of 19-13, and we can’t wait to see what happens when they take on the Steelers in this Week 13 matchup.

So far this season, the Falcons are averaging 171.0 passing yards per game and 4.91 yards per rushing attempt. With an average possession time of 29:23, Atlanta is carrying a turnover margin of -0.17.

The Atlanta Falcons have recorded an average of 22.67 points per game during the regular season. Meanwhile, the Pittsburgh Steelers have logged 17.64 points.

The Pittsburgh Steelers will need to win by the amount of the spread or more in order to cover. 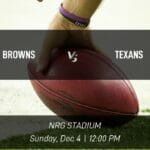 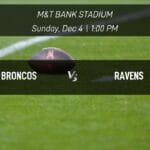