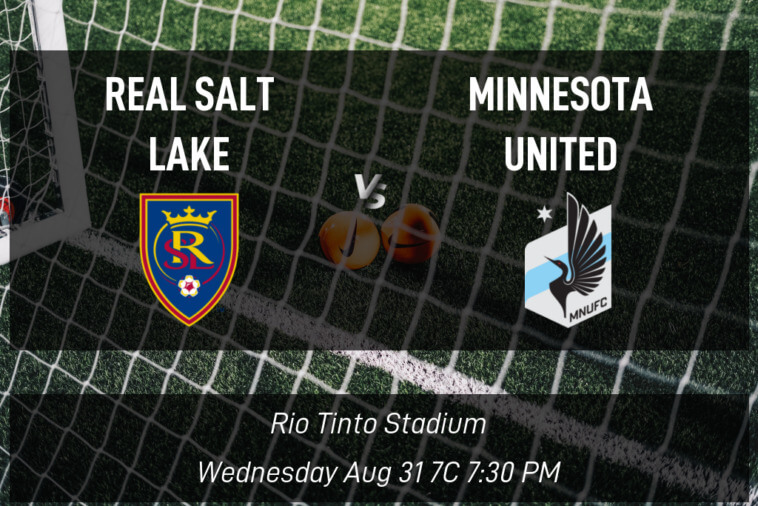 Positioned in the 6th seat as of today, Real Salt Lake (10W-8L-9D; 39 points) will face Minnesota United (13W-9L-5D; 44 points), who are 3rd in the rankings. Kick off is at Rio Tinto Stadium at 7:30 PM MT on Wednesday. Real Salt Lake, who have had a couple draws in a row recently, have the home advantage for this match.

Real Salt Lake take up this game in 6th place boasting a record of 10 wins, eight losses, and nine draws in 27 games. The clubhas had two straight draws recently. In total, they’ve achieved 35 goals. This has mainly been thanks, in many ways, to the performances by Sergio Cordova, who has seven goals, and Jefferson Savarino who has five. They’ve conceded 36 goals. In their most recentmatchup this season, Real Salt Lake dropped points against FC Dallas 1-1.

Minnesota United have a tally of 44 points so far this campaign and are also a team in the top three. They outplayed Houston Dynamo FC 2-1 last Saturday and to date, the squad has managed 13 wins, nine losses, and five draws in 27 matches. When they have managed to win, it’s likely been thanks to the actions of Emanuel Reynoso and Luis Amarilla. Can the pair usher Minnesota United to success here?

Real Salt Lake have secured an average of eight goals so far this month. Comparatively, Minnesota United have averaged seven goals up through now this month.