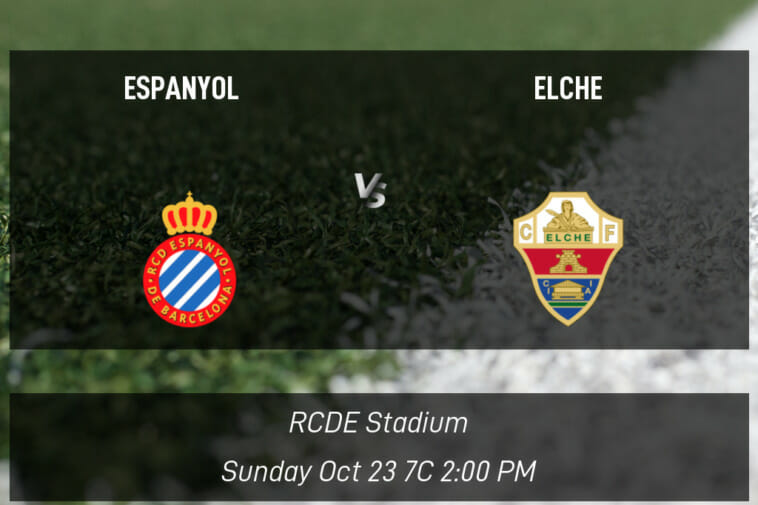 In the 16th spot, Espanyol (2W-5L-3D; 9 points) will host Elche (0W-7L-3D; 3 points), who are currently looking at the possibility of being relegated. The game starts at 2:00 PM CEST on Sunday at RCDE Stadium. Espanyol have had five losses lately as they head into this clash with the home advantage. In comparison, the visiting Elche have had a recent string of six losses and are near the bottom of the standings, putting them in danger of relegation.

Espanyol and Elche last took on each other on January 10, 2022, a match which ended in a victory for Elche. Espanyol have a record of 3-2-2 in their last 7 meetings against Elche.

Picks, Predictions, and Betting Preview for the RCD Espanyol vs Elche CF LaLiga Match on October 23, 2022

Espanyol head into this match with a record of two wins, five losses, and three draws over 10 games. The club has lost five of the most recent nine matches and have accrued a total of 12 goals while conceding 17. This has largely been because of performances from Joselu and Martin Braithwaite. In their most recent match, Espanyol took all three points from CA Osasuna 1-0.

Elche come into this match with three points. They are presently facing the real threat of relegation and their record right now has seen them pick up seven losses and three draws over the course of 10 matches. The team has dropped six of the most recent eight matches and they have scored a total of 6 goals so far, giving up 24. Their top players Pere Milla and Ezequiel Ponce have scored two and two respectively. In their most recent match on Wednesday, Elche lost to Real Madrid CF 0-3.

Elche does not have an updated list of missing players at the moment.

RCD Espanyol are considered the favorite per oddsmakers. The team could be having a more fruitful month, coming into this matchup with a winning percentage of 25% so far this period (one win, one loss and two draws). Comparatively, Elche CF has a winning percentage that’s been far less than great.

Espanyol have recorded an average of four goals so far this month. Elche however, have averaged seven goals up through now this month for comparison.

RCD Espanyol will need to win by the amount of the spread or more in order to cover. 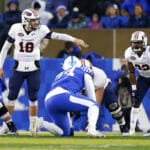 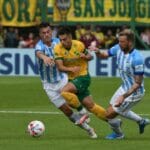