In the 8th spot, Real Sociedad (2W-1L-0D; 6 points) will host Atlético Madrid (2W-1L-0D; 6 points), who are in a spot for the UEFA Conference League. Kick off at Reale Arena is on Saturday at 6:30 PM CEST. Both of these sides will be aiming to make a statement this early in the campaign, knowing that the hard work they put in now could pay off further down the road.

Picks, Predictions, and Betting Preview for the Real Sociedad vs Atlético Madrid LaLiga Match on September 3, 2022

Real Sociedad step into this match In 6th place, wanting to set themselves apart early. Last season, Real Sociedad had 62 total points in the standings and netted a total of 40 goals, yielding 37. In their most recent game last Saturday though, Real Sociedad fell to Elche CF 0-1.

In 3rd place last season, Atlético Madrid had 71 total points in the standings. How will they perform this season? In their most recent game on Monday, they fell to Valencia CF 0-1. That puts the squad in the 6th position in the league standings at this point. 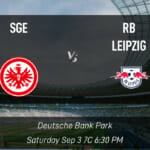 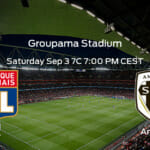