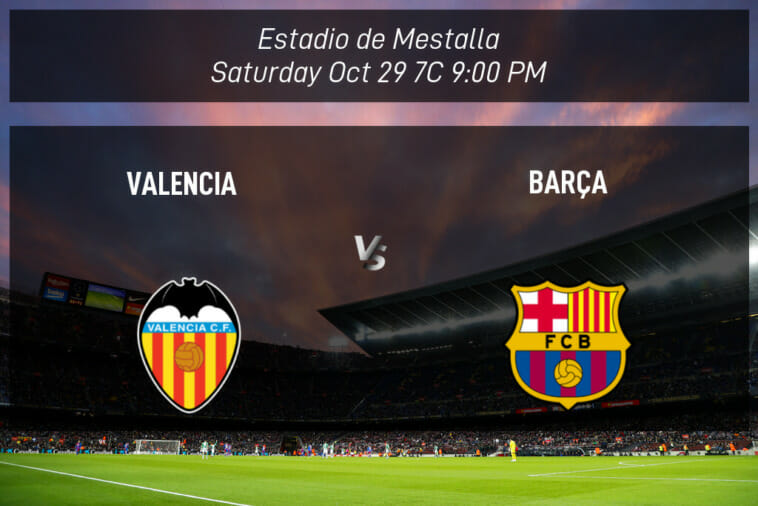 On Saturday, Valencia (4W-4L-3D; 15 points), positioned in the 9th seat as of today, will host Barça (9W-1L-1D; 28 points), who are presently in a Champions League position. Kick off at Estadio de Mestalla is at 9:00 PM CEST. Valencia have recently had some well earned wins alongside some damaging losses as they head into this clash with the home advantage. In comparison, the visiting Barça have had nine wins in the most recent 10 matches and are one of the top teams in the LaLiga standings, which also brings with it the possibility of playing in the UCL tournament.

Valencia and Barça last saw each other on February 20, 2022, a match which ended in a win for Barcelona. Valencia have a record of 4-3-3 in their last 10 meetings against Barça. In their last 10 times these two have played one another, Valencia has scored 16 total goals, compared to Barça’s 23.

Picks, Predictions, and Betting Preview for the Valencia CF vs FC Barcelona LaLiga Match on October 29, 2022

Valencia step into this match with a record of four wins, four losses, and three draws over 11 games. The club has notched up some hard fought wins alongside some painful losses and have put away a total of 18 goals while conceding 13. This has generally been due to the executional capabilities of Edinson Cavani and Samu Castillejo. In their most recent match, Valencia lost to RCD Mallorca 1-2.

Barça comes into this match with 28 points so far this season and are a top team in the LaLiga standings, which also brings with it the possibility of playing in the UCL tournament. They beat Athletic Bilbao 4-0 last Sunday and so far this season, they have recorded nine wins, one loss, and one draw in 11 fixtures. When they have prevailed, it’s generally been because of the talent displayed by Robert Lewandowski and Ousmane Dembele. Barça fans will be hoping that the duo can propel them to success in the match against Valencia.

Valencia have secured an average of nine goals so far this month. Barça however, have averaged two goals up through now this month for comparison. 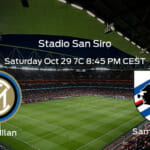 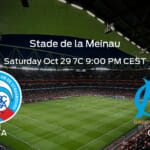