In the 13th spot, Bournemouth (2W-3L-1D; 7 points) will face Brighton & Hove Albion (4W-1L-1D; 13 points), who are presently in a Champions League position. Kick off is at the Vitality Stadium at 3:00 PM BST on Saturday. Bournemouth, who have experienced some mixed results recently, both winning and losing matches, have the home advantage for this clash.

Bournemouth head into this game in the 13th spot having a record of two wins, three losses, and one draw in 6 matches. The team has notched up some hard fought wins alongside some damaging losses. In total, they’ve scored 5 goals. This has mainly been due to the energy demonstrated by Jefferson Lerma, who has two goals, and Chris Mepham who has one. They’ve conceded 18 goals. In their most recent matchup this season, Bournemouth suffered a defeat at the hands of Nottingham Forest 2-3.

Brighton & Hove Albion have a tally of 13 points so far this campaign and are a leader in the Premier League standings, which also brings with it the possibility of playing in the UCL tournament. They beat Leicester City FC 5-2 last Sunday and to date, the group has documented four wins, one loss, and one draw in 6 games. When they have achieved success, it’s predominantly been due to the efforts of Alexis MacAllister and Pascal Gross. Will the pair prevail in leading Brighton & Hove Albion to victory? 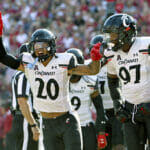 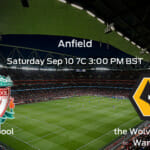