In 6th place, Brighton & Hove Albion (1W-0L-0D; 3 points) will host Newcastle United (1W-0L-0D; 3 points), who are in a Europa League position. Kick off at Falmer Stadium is on Saturday at 3:00 PM BST. Newcastle United will take on Brighton & Hove Albion as the away team in this opening matchup. And both sets of supporters will be cheering on their teams and expecting a winning performance.

In 11th place last season, Newcastle United had 49 total points in the standings. How will they perform this season? In their most recent game on Saturday, they outplayed Nottingham Forest 2-0. That puts the team in the 5th position in the league standings at this point.

Brighton & Hove Albion FC are considered the favorite per oddsmakers. The club is having a productive beginning to the month with a winning percentage. In comparison, Newcastle United FC’s winning percentage is at. 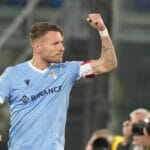 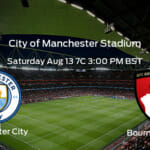