In a spot for the Champions League, Brighton & Hove Albion (4W-1L-2D; 14 points) will welcome Tottenham Hotspur (5W-1L-2D; 17 points), who are in the 3rd position, to Falmer Stadium on Saturday. Kick off is at 5:30 PM BST. Brighton & Hove Albion have had four wins in the last seven matches but head into this match with the home advantage. Meanwhile, the visitors Tottenham Hotspur have won five instances in the last eight matches and are a frontrunner in the Premier League standings, which also brings with it the possibility of playing in the UCL tournament.

Brighton & Hove Albion head into this game currently in a Champions League position with a record of four wins, one loss, and two draws over 7 games. The club has won an impressive four of their last seven matches and have netted a total of 14 so far. This has principally been due to the vigor shown by Alexis MacAllister, who has five goals, and Leandro Trossard who has five. The team has conceded 8. In their last match, Brighton & Hove Albion dropped points against Liverpool FC 3-3.

Tottenham Hotspur comes into this clash with 17 points so far this campaign and are also hoping to play in the UCL tournament. They beat Arsenal FC 3-1 last Saturday and so far this season, they have picked up five wins, one loss, and two draws in 8 fixtures. When they have prevailed, it’s mainly been thanks, in many ways, to the performances from Harry Kane and Heung Min Son. Tottenham Hotspur fans will be hoping that the duo can propel them to success in the match against Brighton & Hove Albion. 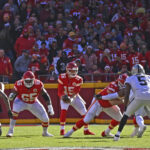 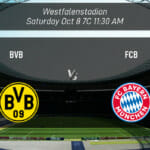