On Saturday, Manchester City (7W-1L-2D; 23 points), in a spot for the Champions League, will welcome Brighton & Hove Albion (4W-3L-3D; 15 points), who are in the 8th spot. Kick off at City of Manchester Stadium is at 3:00 PM BST. Manchester City have won seven instances in the most recent 10 matches as they head into this match with the home advantage. In comparison, the visiting Brighton & Hove Albion have recently had a combination of winning results, coupled with losing ones and will maximize every opportunity in front of them.

Defending title holder Manchester City head into this match with a record of seven wins, one loss, and two draws over 10 games. The club has won an impressive seven of their last 10 matches and have put away a total of 33 goals while conceding 10. This has mostly been because of performances from Erling Haaland and Phil Foden. In their previous match, Manchester City defeated Liverpool FC 1-0.

Brighton & Hove Albion come into this match with 15 points. They are positioned in the 8th seat as of today and their record right now has seen them pick up four wins, three losses, and three draws over the course of 10 matches. The team has seen some mixed results recently, both winning and losing matches and they have netted a total of 14 goals so far, allowing 11. Their top players Alexis MacAllister and Leandro Trossard have scored five and five respectively. In their most recent match on Tuesday, Brighton & Hove Albion dropped points against Nottingham Forest 0-0.

Manchester City FC are considered the favorite per oddsmakers. The squad comes into the matchup with a winning percentage of 40% so far this period (two wins, one loss and two draws). Comparatively, Brighton & Hove Albion FC holds a winning percentage that’s been far less than stellar.

Manchester City have averaged three goals up through now this month. Brighton & Hove Albion however, have recorded an average of four goals so far this month for comparison. 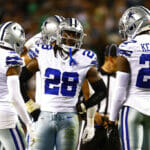 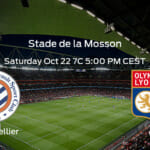