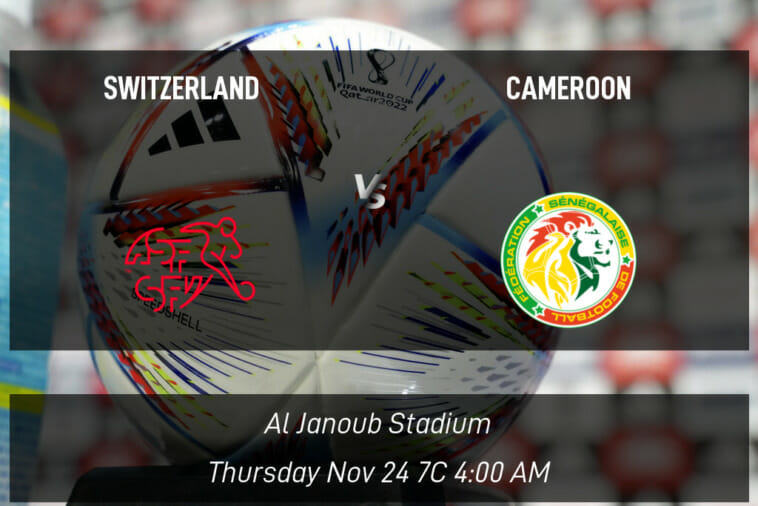 The group stage kicks off with Switzerland hosting Cameroon. The match takes place on Thursday at 4:00 AM AST at Al-Janoub Stadium. Both these sides will be going all out to make a statement early in the group stage, knowing that the hard work they put in now could pay off further down the road.

Betting Preview for the Switzerland vs Cameroon FIFA World Cup Match in Qatar on November 24, 2022

Cameroon managed to qualify for this group stage due to their solid performance. And no doubt they will try to preserve and top them still during this period in order to continue on. The club’s coach, Rigobert Song, will be navigating his team on the field to victory as they enter the match with good results on previous phases.

Specifically, the squad has called up the following players:

Switzerland will start their journey against Cameroon in this new campaign, keen to rob their opponents of the ability to take any points as they hope to secure a place in the qualifiers. The coach, Murat Yakin knows that he’s got the talent on his team and will no doubt attempt to guide his men to a win.

Switzerland are considered the favorite per oddsmakers.

The total quantity of goals netted between the two clubs is predicted to be under 2.25.

Switzerland will need to win by the amount of the spread or more in order to cover. 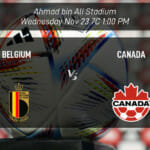 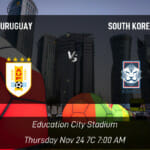