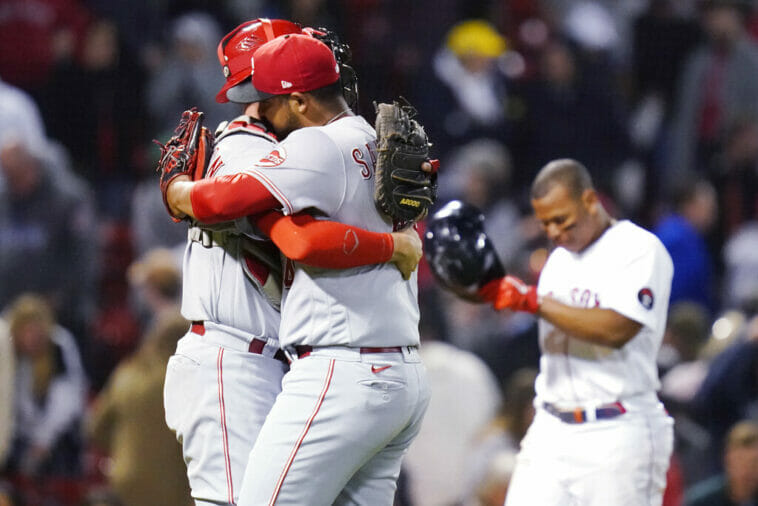 The Cincinnati Reds may be having a terrible season, having one of the worst records of all Major League Baseball and being among the worst teams in various statistics in the league, but Yesterday they did something that will make this 2022 season long remembered among their fans.

Not only did the Cincinnati Reds’ 2-1 win over the Boston Red Sox mark their fifth win in their last six games, but it also marked the first time the Reds have won on a visit to Fenway Park since the 1975 World Series. The win may have been bittersweet as both of the Reds’ runs were the product of Red Sox errors, but it will go down just the same as the team looks to turn around its poor season.

Visiting Fenway has been a problem for the Cincinnati Reds, as the team has a 1-12 record in interleague play against the Boston Red Sox since 1975. To a large extent, they can also thank Luis Castillo for helping to scare away that ghost, since the pitcher allowed only one hit and struck out 10 batters in 6.0 innings during his start.

However, the festivities will have to be tempered as the Reds look for another win in Game 2 of the series to continue making history, though Hunter Greene will be their opener, and his 5.89 ERA against a potent offense doesn’t look hopeful.

While the 2-1 win was pretty tight, the scoreline could have been a lot bigger in the Cincinnati Reds’ favor if Joey Votto hadn’t come within inches of hitting a homerun twice.

In the fifth inning he hit a drive to right field that bounced off the bullpen fence and re-entered the field of play. Then, in the eighth inning, he hit another shot that ricocheted off the top of the green monster and back onto the diamond. They were two long and disappointing braces, and Votto will be hoping for more luck today. 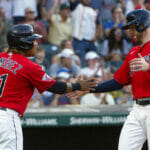 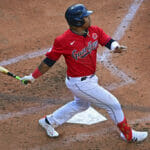